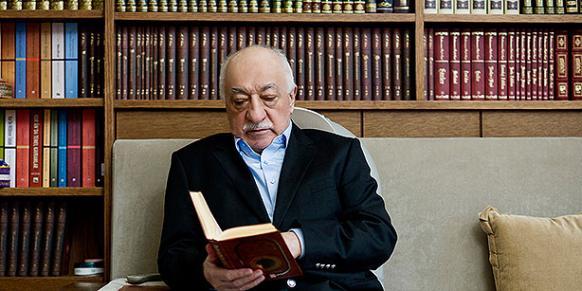 Gülen, who has been a clear voice in rejecting violence and terrorism, said in a statement on Wednesday that these revolting acts of terrorism are deplorable and that they serve no purpose but to bring about “destruction, sorrow and grief.”

“I reiterate my condemnation of all forms of terror regardless of its perpetrators or their stated purposes,” said the statement, published on behalf of Gülen by the New York-based Alliance for Shared Values.

The Islamic scholar said he shares his deep condolences with the victims’ families, loved ones and the people of France.

Gülen also extended his condolences to the victims of other recent terrorist attacks, including those in Turkey, Nigeria, Yemen, Pakistan, Iraq, Syria and Lebanon. He urged world leaders to show sensitivity for lives lost in unspeakable tragedies, no matter where they occur.

Serhii LASHCHENKO The power of the Turkish philosopher is that he gradually managed to captivate hundreds of thousand of people with his ideas. How did he do that? Through schools. As a good gardener that created his bountiful garden for years and decades, Fethullah Gulen directed his pupils toward consecutive and persistent transmission of knowledge […]

İBRAHIM SAĞIR, DHAKA A ceremony celebrating the publication of a book called “Introducing Fethullah Gülen to the Bengal and Beyond” by Professor Maimul Ahsan Khan was held at the Turkish Cultural Center in Dhaka on Saturday. Focused on the life, ideas and work of Gülen, who was selected as the world’s top intellectual by the […]