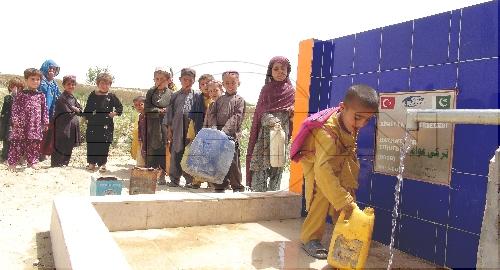 As part of a campaign launched by well-known Turkish charity organization Kimse Yok Mu a total of 455 water wells were drilled in separate parts of Pakistan in two years.

One of the water wells was opened in Hayber Paktunya last week with a ceremony. Volunteers from Kimse Yok Mu were welcomed with great joy by the locals.

Pakistanis told Cihan news agency that they had live for kilometers to find drinkable water before Kimse Yok Mu opened water drills for them and each year hundreds of people die of drinking contaminated water in Pakistan.