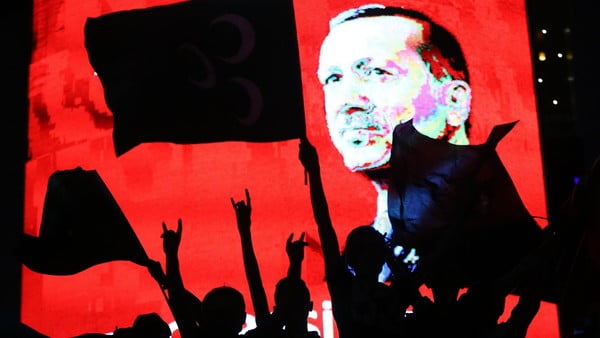 It should come as no surprise that Turkey’s president has chosen to extend a state of emergency by three months with the threat of doing so indefinitely. For a man as wilful and authoritarian as Recep Tayyip Erdogan, the chance to sidestep institutions, notably the constitutional court, was always going to have formidable appeal.

What is far more worrying is the depth and scale of the purges that he is carrying out in the aftermath of July’s failed coup, under cover of emergency rule. The government blames the coup on disciples inside the army and other state institutions of Fethullah Gulen, the leader of a rival Islamist movement and formerly an ally of the ruling Justice and Development party (AKP).

More than 100,000 government workers, including judges, military officers and teachers, have already been dismissed, suspended or detained for their alleged links to the US-based Muslim cleric, who has built up a network of schools and charities around the world. On Tuesday, 13,000 policemen were added to their number.

During their attempted coup, the putschists launched air strikes on the capital and fired on civilians, causing about 240 deaths. Given the degree of violence they unleashed, the initial imposition of a state of emergency was justified. Moreover, no government would accept the level of penetration of state institutions apparently achieved by the shadowy Gulenist networks.

Both the US and EU were lamentably slow in recognising this threat and condemning the coup. They have weakened whatever leverage they had over Ankara as a result.

However, Mr Erdogan’s stock response to western criticism of his authoritarian methods, that France too has imposed a state of emergency in response to terrorist attacks and that what is acceptable for France should also be so for Turkey, is unconvincing.

Firstly, this is because of his own responsibility in facilitating the rise of the Gulenists he now describes as terrorists. For the best part of a decade, when he was fending off threats from the military and secularist rivals and consolidating his grip on power, Mr Erdogan’s AKP found in the Gulen movement an invaluable ally. The president shares the blame for the violent power struggle that has ensued.

More troubling is evidence emerging that his government is now using the attempted coup as a pretext to round up all manner of troublesome opponents, not just the Gulenists. In doing so it is not only squandering a chance to build on the national consensus that emerged in opposition to July’s failed coup. It is also damaging the fabric of Turkish society and undermining its institutions, including the security forces. That is a dangerous move in a country whose immune system is already weakened by jihadism and which is battling armed opponents on several fronts. S&P Global Ratings cited the potentially far-reaching consequences for stability as one reason for its decision last week to downgrade Turkish debt to junk.

Turkey’s economy thrived in the era of greater tolerance over which Mr Erdogan presided in the years after his AKP party first won power. It can do so again. But only by respecting the rule of law can the government hope to foster conciliation, start rebuilding the state and be welcomed back into the community of law abiding nations.

This crackdown owes nothing to respect for rule of law. Some EU members such as Hungary are conducting their own flirtation with illiberal democracy. But even measured against these imperfect EU governments, Mr Erdogan’s Turkey, a candidate member, is beyond the democratic pale.