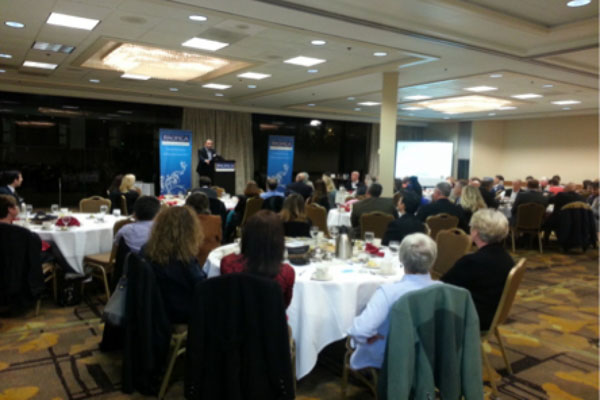 On November 13th, 2013, Pacifica Institute’s Portland chapter held its 5th Annual Dialogue and Friendship Dinner having the author-journalist Mustafa Akyol, accompanied by his wife Ryada Akyol, as its keynote speaker. The dinner was attended by Turkish and American academics and businessmen.

I.U., a Pacifica Institute volunteer, kicked off the night with his opening address. Next were testimonials by Michael Marshman and Lisa Naito, who had been on a Turkey trip organized by Pacifica Institute. Marshman said Turkey is the most beautiful country he has ever been to and recommended that every able person go there. Sufi music was performed along as the attendees enjoyed a warm and friendly conversation.

In his keynote speech centered on his book “Islam without Extremes,” Mustafa Akyol pointed out the fact that Islam is misrepresented. Akyol further argued we need to make a clear distinction between culture and religion when defining the reasons behind particular practices. He instanced his personal experiences to clarify his point.