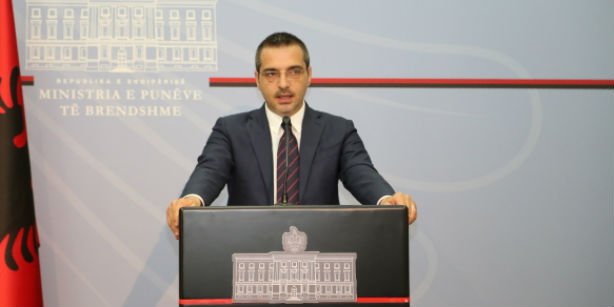 Albanian Interior Minister Saimir Tahiri has said his country’s relevant authorities gave Turkish President Recep Tayyip Erdoğan the necessary responses to his recent request for the closure of Turkish schools in the country.

Tahiri said at a press conference on Monday that Erdoğan’s request for the shutting down of the schools established by the Gülen movement, which is inspired by Turkish Islamic scholar Fethullah Gülen, and the movement’s activities in Albania is “political” rather than aiming at ensuring security in the region. The minister also said counterterrorism efforts should not be tied to simple political gains.

Once a champion of promoting more Turkish schools abroad and personally inaugurating some, including in Albania, Erdoğan has now become an avowed enemy of these schools, which are established by nongovernmental organizations and volunteers from Turkey.

While in tirana as part of an official visit to the small Balkan country last week, Erdoğan called on the Albanian authorities to close Turkish schools there, some of which were opened during the 1990s at a time of political turbulence and instability in the country, which barely avoided a civil war. Erdoğan’s current war against Turkish schools in Albania contradicts his previous attitude. It was Erdoğan who inaugurated one of the schools, namely Turgut Özal College elementary school, on Feb. 17, 2005, during an official trip when he was prime minister of Turkey.

Erdoğan accuses sympathizers of the Gülen movement — especially those supposedly in the state bureaucracy — of being behind a major corruption investigation that went public in 2013, implicating members of the ruling Justice and Development Party (AK Party) government and Erdoğan’s inner circle.

Erdoğan’s current efforts to declare such schools as having been formed by a terrorist organization — a reference to the Gülen movement, which has hundreds of schools around the world to promote education with the aim of facilitating inter-faith and inter-cultural dialogue — created unease and stirred a backlash from Albanian politicians.

Several Albanian lawmakers dismissed Erdoğan’s portrayal of the schools as being created by a terrorist organization, and have said that the schools provide a high quality education that is essential for the development of the country.

The Ufuk Dialogue Foundation is a platform where Christians and Muslims come together to promote peaceful coexistence, mutual understanding and dialogue, especially between the two religions. This is because we believe that if we come together we can talk the talk and walk the walk.