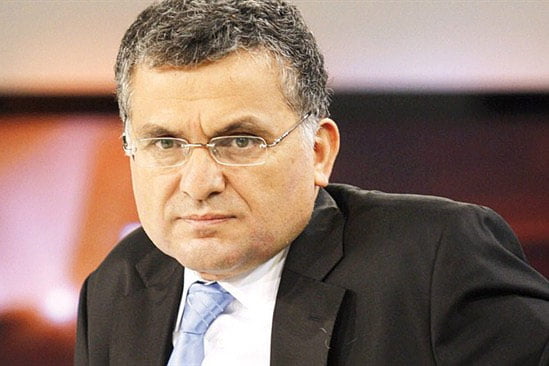 If there is a Turkish factor in Iraq Kurdistan (North Iraq), Gulen movement volunteers made an enormous contribution to this for almost 20 years.  In spite of terrible conditions, they founded the first [Gulen-inspired] school in 1994 in Arbil. Today they run 18 schools in Iraq Kurdistan, one of which is Ishik University that was founded in 2008. They run 12 schools in southern Iraq.

The schools that are founded and run by Gulen movement volunteers are the best schools of the region. The government officials, upper and middle class send their children to these schools. The students learn English and Turkish in addition to their native language at these schools. Surprisingly, a significant amount of Kurdish children already speak Turkish fluently. The graduates of the Turkish schools are accepted to the best colleges and universities.

The Gulen movement does not only deal with education. They have a very popular radio channel, Dewran Radio, and working on founding a TV channel as well. The Journalists and Writers Foundation brought Turkish and Kurdish intellectuals together for Abant Meeting in Arbil three years ago.

When I interviewed the Gulen movement participants, I was surprised to see that they had a very liberal view about the Kurdish issue. I hope their liberal point of view reflects the entire Gulen movement and other religious people in Turkey.

Talip Buyuk has coordinated the Gulen movement activities for the last 8 years in Northern Iraq. I had a chance to interview him. He remarked during our interview on the expectation that Barzani should fight with PKK. He said “How can he [Barzani] explain to the Kurds here that they are fighting with Kurds who think differently for the sake of Turkey? There is a public opinion here that he has to calculate.”

– The first Turkish school was founded in 1994. Why were you so determined to open the school in spite the most adverse conditions?

You’re absolutely right. In those days, locals told our friends, “Are you crazy? While everyone is running away from here, how come you are coming to open a school?” We wanted to bring our educational experience to every corner of the world. Central Asian countries were our priority but North Iraq was very close to Turkey. If we had been worried about our safety and comfort, we could only go to Europe and the US; there was not any other place left to open a school. Our criterion about where to open a school is ‘the need for education’.

– Ankara used to see Northern Iraq as an enemy territory…

Yes, when you leave Habur, a border city between Turkey and Iraq, you are getting in a place not recognized by Turkey; you stepped on a land but officially not a land that belongs to any country on Earth. Those days were really tough and dangerous. For example a friend of us here wants to postpone his mandatory military service based on the fact that he is working abroad. Ankara says that there is no such territory. But it does exist, and we live on that land even if it is not officially recognized.

– What was the approach of Turkish government to Turkish Schools in Northern Iraq?

In those days, there were Special Forces of Turkey, MIT (Turkey’s intelligence Agency) and Iraqi Turkmen Forces in Northern Iraq. They were skeptical towards us at the beginning. Kurdish leaders thought that we were MIT agents and MIT thought we were fundamentalists. However these prejudices had changed after a while since we interacted with these groups [they came to know us.]

– Didn’t your community have some prejudices against Iraq Kurds?

Perhaps some said, “this devotion is more than enough” but we do not take into account people’s ethnicity, religion or color when we try to help them. And we never expect anything in return for our educational services. I may have dreams about future such as graduates of these schools will develop good relationships with Turkey. However we never wish a nation should dominate or control another nation.

– Do the other Gulen movement volunteers in different countries feel or think the same way as you do about Kurdish Issues and Iraq Kurdistan?

Before I came to Northern Iraq, I had been to Diyarbakir city once and I did not have perception of Turkey beyond Diyarbakir. I couldn’t imagine to go even to Mardin, a city in southeastern Turkey. My thoughts have changed as I came here and met Kurds. A friend of mine who has recently visited me told me that he got goose bumps at the airport with the thought of dangers in Kurdistan. But he was so pleased when he met the local people here that he even said “Long Live Kurdistan!” Perception about Kurds and Kurdistan is changing as people observe and live [with them.]

– This prejudice comes from PKK terrorist organization. How did you solve this problem in your mind? Haven’t you ever thought, “I serve these people but they support terrorists?”

I have never seen anybody in this region who protects terrorists. There is a common thought such as “why does Barzani, the Kurdish leader in Iraq, not fight with the PKK? He fought with the PKK along with Turkey in the past; it wasn’t possible to finish the PKK. How can he fight with the PKK alone by himself today? He is a leader that has constituency. There is a public opinion here that he has to calculate. How can he explain the Kurds here that they fight, for the sake of Turkey, with the Kurds who think differently?

– We know that PKK does not like Gulen movement in southeastern Turkey. Have they ever given harm to you or to your institutions here?

Not at all. In this area, there is a peaceful atmosphere, which is beneficial also for PKK. They may not want to destroy this peaceful environment since it will cost to them. In Turkish schools, we have the children of highest degree government officials and upper and middle class families. We try to give the best education and send our students to the best colleges/universities. PKK tries to take the children to mountains and make them terrorists. Of course they do not like us. But we haven’t seen a physical attack.

– You are from the city of Trabzon, a patriotic city. Would you be able to tell [publicly in Trabzon] that you have worked in Iraq Kurdistan for many years?

They would not like it. If I have to tell, I use the name “Iraq Kurdistan”. This region has a name, which we have to accept. People hesitate to use it because of PKK. People here have a flag that they see sacred. It may be a piece of fabric for some people but it is sacred for them and we have to respect it.

South African Science and Technology Minister Naledi Pandor has praised Turkish schools operating in her country for helping to break the anti-black taboos of the nation’s defunct apartheid regime.