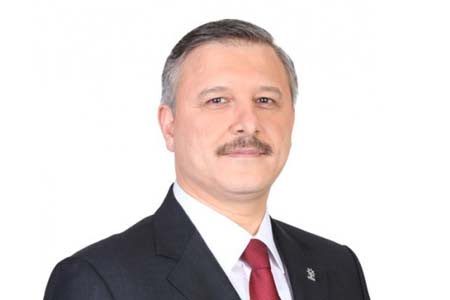 In an attempt to distract the public from Fethullah Gülen’s acquittal by Turkey’s top court and perturbed by his top ranking in Foreign Policy magazine’s poll, elements of the Turkish media are using a lawyer’s wording in an attempt to engineer a setback for Gülen.

In the brief submitted by US Citizenship and Immigration Services (USCIS) lawyers on the appeal filed by Gülen about his residential status, the lawyers used the term the “Gülen schools.” In a display of adversarial journalism a few Turkish correspondents seized on the term and claimed that Gülen now “admits” in the US that the schools “belong” to him, while he has always denied it in Turkey. The adversarial coverage has brought the schools, their financial accountability and leadership to the fore, displaying them in a negative light.

Once again we see a media cartel transforming information, instead of transmitting it objectively.

In fact, as yet there is no consensus among writers on what to call the Gülen-inspired institutions; this is as true for American lawyers as it is for Turkish correspondents of all political colors. The use of terms like “Gülen schools” can arise from ignorance or disinformation. If the term “Gülen schools” is equated with, for example, Montessori schools (where a particular training and qualifications are required for personnel and a specific methodology is used), it leads to misunderstanding. Gülen movement participants have their own perspectives on terms used for the movement and the social movement organizations (SMOs) it has inspired. However, many outsiders seem oblivious to these perspectives or choose to ignore them.

Because of its brevity, outsiders tend to use “Gülen schools” rather than “Gülen-inspired schools.” But the shorter term seems to imply some sort of central control of activities and even an ideology, while the second makes it clearer that there is no centralization in the movement. Gülen movement participants tend to use the Turkish term hizmet (volunteer services) for the projects and services they provide. This is a solution for the inconsistency in naming the Gülen movement and the institutions it inspires and in clarifying their identity for outside observers.

Probably because of its transnational growth since the 1990s, the financing of the Gülen movement is occasionally queried in newspaper and journal articles. There has been little detailed study of the finance issue, but all academic research on this issue so far has made clear that each institution and project network in the movement is legitimate and transparent in book-keeping and accounting and that all financial management is done at the local level and subject to local regulatory inspection. The movement might be well advised, however, to present clearly a number of studies of how projects are financed so as to remove any suspicion of that backing by vested political interests.

Some accuse that it is impossible for the movement to have achieved such great accomplishments and such rapid expansion without “other financial resources.” Accusers do not seem to be self-conscious enough to see the contradictions or improbability in such lurid and circular imaginings.

Those who are really interested in this topic will need to take insider perspectives into account. Firstly, attitudes to donating time and money to charity vary across cultural traditions. In Islamic and therefore Turkish tradition it is often considered more blessed to give some donations anonymously. Onlookers need to be aware of people’s sensitivities about such matters. Secondly, in attempting to account for the scale of the movement’s activities in relation to funds available, it is necessary to take note of how much of the movement’s resources consist of voluntary, unpaid work, rather than money.

Questions about Gülen’s role usually center on what will happen after him. Could there be a change in direction if there are no prominent figures after him able to exercise the same moral, spiritual and scholarly influence? Gülen and movement participants have already answered these and similar questions to the extent possible in public forums.

The extensive training and professionalization within the SMOs, the clarity of their goals and the collective ownership of projects are sources of stability. The movement’s well-established use of collective reasoning and consultation should prevent any sudden changes of direction. Moreover, looking at the long history of faith-inspired initiatives in Islamic culture, we see that the understanding of great scholars like Rumi did not cease abruptly or diminish over time into sectarian groups. The disapproval of aspirations for power and leadership expressed in the Islamic tradition must also be a factor in any examination of this question. It is likely to prevent any sudden change in direction led by a new “charismatic” figure. This is all of course conjectural. The future cannot be known before it happens.

Now, however, those who have for years belonged to the privileged group still enjoy financial and status benefits from the political and economic status quo in Turkey. They are determined to hold on to their privileges by any means (including association with organized crime) and whatever the cost to the people or society. The adversarial journalism seen in recent weeks is all symptomatic of the refusal of the protectionist elite to loosen its exclusive grip on the institutions and economy of Turkey.

They interpret the Gülen movement and its services as a symbolic challenge to their control, because the movement educates the periphery (the masses), forms the public space and consolidates civil society and democratic consciousness. They produce new meanings, new social relations and services that point out failures and inadequacies in the protectionists’ policies and worldview.

The services the Gülen movement offers are worlds away from any physical or political challenge that directly confronts the legitimacy of the authority of the state or its agents. Nonetheless, those agents will no doubt persist in the dubious task they have been paid to perform.