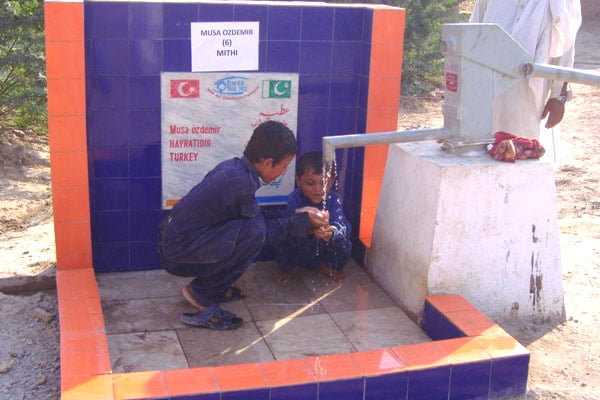 The Turkish charitable organization Kimse Yok Mu (Is Anybody There) has dug 22 wells in various parts of Pakistan to help people meet their need for potable water.

Many people do not have access to fresh drinking water for such reasons as drought, lack of infrastructure and internal conflict. Kimse Yok Mu has dug 10 wells in Balochistan province, 11 in the northwestern Khyber Pakhtunkhwa province and one in Punjab province since July that now provide drinking water to 50,000 people.

According to Kimse Yok Mu, there are contaminated water sources in around 200 settlements as both animals and people share the same water, causing illness. The organization is planning to provide wells in these areas as well to prevent death and disease due to contaminated water.