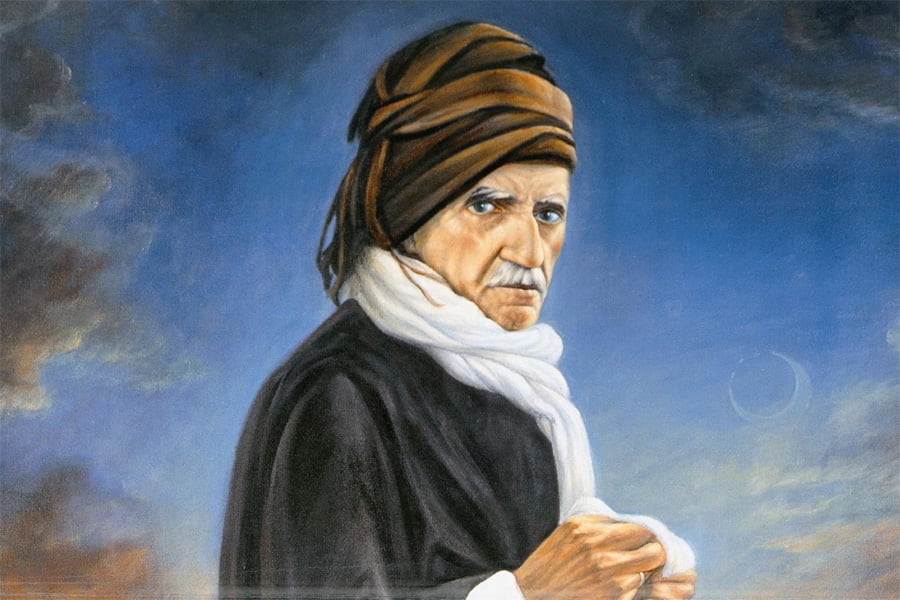 SUSANNE GÜSTEN, ISTANBUL — On the night of July 12, 1960, tanks rumbled into Urfa, the military imposed a curfew on the town, and armed troops cordoned off the shrine of Abraham at the heart of the city.

As the town in southeast Turkey held its breath, soldiers forced their way into the shrine, smashed open a marble tomb with sledgehammers and removed a shrouded body. The body was lifted onto an army truck, driven along heavily guarded streets to an airfield outside town, loaded onto a military plane and never seen again.

The date was six weeks after the Turkish coup d’état of 1960, in which a military junta had seized power in Ankara. This was the first of a series of coups that was to rack the country for the rest of the century.

The body was that of Bediuzzaman Said Nursi, a charismatic Islamic scholar, whose grave had been drawing thousands of pious mourners to Urfa since he had been laid to rest there in March of that year.

“The military rulers were afraid that Nursi would become a symbol of dissent, his grave a shrine to anti-Kemalism,” Ihsan Yilmaz, an expert for Turkish Islam at Fatih University in Istanbul, explained in an interview last week.

The ploy of removing his body worked in the short term, Mr. Yilmaz said, as followers were discouraged from openly showing their support for the teachings of a man who had clashed with the founder of the republic, Mustafa Kemal Ataturk, over the role of religion in society.

But in the long run, it did not work. Through his writings, collected in the “Risale-i Nur,” or “Epistles of Light,” and clandestinely photocopied and distributed by his students, Mr. Nursi’s ideas continued to resonate in Turkey, inspiring a uniquely Turkish Islamic identity and a powerful faith-based movement that shapes the country’s society and politics to this day.

“It is no exaggeration to say that Nursi is the most influential theologian of the Turkish Republic,” Mustafa Akyol, another expert on Turkish Islam, said in an interview in Istanbul.

Now, with the shadow of the military removed from the country and immunity from prosecution for all its dealings lifted by a popular referendum two years ago, a parliamentary commission investigating the coups has called for Mr. Nursi’s secret grave to be revealed at last.

The call was included in a list of recommendations issued by the commission in its final report this month, along with more obvious measures such as subjecting the armed forces to democratic control, purging school curriculums of militaristic ideology, and renaming streets and buildings that were named for coup leaders.

“The state owes Nursi an apology,” Selcuk Ozdag, a member of Parliament for the ruling Justice and Development Party, or A.K.P., and member of the commission, said by telephone from Ankara. Finding the body was “vital to reconciliation between the people and the state,” he added.

To this end, the commission interrogated surviving members of the 1960 junta and searched the state archives for information about Mr. Nursi’s final resting place. But Ahmet Er and Numan Esin, who sat on the 38-member junta and are now aged 85 and 83, told the commission that even they had not been privy to that information.

Only Alparslan Turkes, a former junta member who died in 1997, had known, Mr. Er said in his testimony. And neither police records nor the archives of the prime minister’s office or local governors’ offices turned up any clues as to the whereabouts of the remains, the Interior Ministry reported to the commission.

“We will not leave it at that, we are going to find that information, because it is documented somewhere,” Mr. Ozdag vowed.

The coup commission has recommended that Parliament follow the issue up in a new committee charged with righting the wrongs of the coup era, he said.

The hearings have triggered a popular quest for Mr. Nursi’s grave, with new witnesses coming forward in the media and contributing pieces to the puzzle.

On television, one such witness, a former editor of the Hurriyet daily, this month recounted a night of tension and turmoil at the Afyon Air Base, where he was serving as a recruit at the time and where the plane carrying Mr. Nursi’s remains is thought to have landed.

“A noncommissioned officer later told me they had buried a body near the highway between Afyon and Isparta that night,” the witness, Erol Turegun, said.

Even without the body, many thousands of pilgrims flock to Mr. Nursi’s empty tomb in Urfa, to the house he inhabited in Isparta, and even to the Urfa hotel room he died in, piously preserved in its original state by the hotel owner right down to the light bulb.

Mr. Nursi’s adherents are known in Turkey as Nurcu, meaning “followers of the light.” They number in the millions. “About half the Islamic movement in Turkey, meaning the pious, conservative segment of society, are literally direct followers of Nursi, while the other half also respects him,” Mr. Akyol said.

Mr. Yilmaz compared the influence of “Epistles of Light” on the Islamic movement in Turkey to that of “Das Kapital” on communism.

The Nurcu community includes the sizable Gulen movement, named after the currently U.S.-based preacher Fethullah Gulen, as well as several other movements and a separate Kurdish following, all of them distinct, but united in their allegiance to Mr. Nursi’s teachings.

Modernity, science and rationalism play key roles in his teachings, as does the individual, distinguishing the Nurcu movement from other currents of Islam.

Mr. Nursi “developed a system of socio-political thinking and activism rooted firmly in Islam, oriented toward modernization and social welfare, and committed to the constitutional-democratic process,” an American scholar, Douglas Garrison, wrote in a recent academic paper called “Religion and Politics in the Thought of Bediuzzaman Said Nursi.”

Among recent pilgrims to the memorial sites have been leaders of the country’s ruling party and even members of government. A year ago, the environment minister, Erdogan Bayraktar, became the first cabinet member to pray at the empty tomb of the preacher who was either banished or jailed for most of his life.

And when one of Mr. Nursi’s closest companions, Mustafa Sungur, died this month, Prime Minister Recep Tayyip Erdogan personally shouldered the coffin at his funeral.

A discovery of Mr. Nursi’s remains and a restitution to the shrine in Urfa would symbolize a “normalization” in the relations between state, society and religion in Turkey and a “coming to terms” with its history, he added.

The move has been welcomed by Mr. Nursi’s followers, like Sait Yuce, who was jailed for three months after the 1980 coup when he was caught reading a Nursi work to friends as an 18 year old student.

“Said Nursi has long been rehabilitated by the people, but his rehabilitation by the state nevertheless gladdens us, after all those years in which it was considered a crime to read his books,” Mr. Yuce of the Istanbul Foundation for Science and Culture, a Nurcu association, said in an interview this week.

A version of this special report appeared in print on December 20, 2012, in The International Herald Tribune.