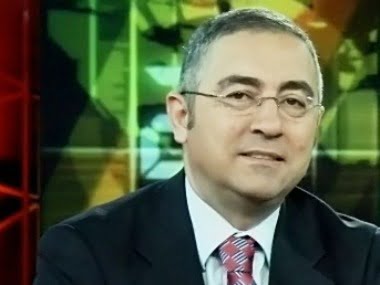 The Gülen movement continues to successfully bring Turkey to every corner of the world. We are in Los Angeles for this year’s 3rd Anatolian Cultures and Foods Festival. There are hundreds of people here from Turkey as well as from various other countries in Europe.

This festival, which features exhibitions, foods, handicrafts, dances and live music, plays an important role in introducing Anatolia’s rich culture to Americans. When you look at it in this way, you see that in fact the Gülen movement is Turkey’s most outward looking organization.

Members of this movement are actively working across a wide region these days, an arena that stretches from Africa to Asia and from Europe to America.

The movement, whose name has become synonymous with education, has really set out to promote Turkey’s rich culture and history throughout the world.

It is an undertaking on a broad scale as we are talking about the participation of a variety of people, ranging from scientists to the housewives who cook the food that is consumed at the festival.

The festival has “Anatolia” in its title because it opens doors to the various ancient cultures that originate from Anatolia, such as the Hittites, the Trojans, the Urartians, the Phrygians, the Lydians, the Ionians, the Byzantines, the Selçuks and finally the Ottomans.

The interest shown in this festival, which has a cover charge, is incredibly high. Adults pay $12 whereas students benefit from a student discount and pay $6. Once inside, visitors can see scale models of the Turkish cities of İstanbul, Konya, Antalya, Mardin and Van, all while savoring the 99 different kinds of food here.

Despite its own development and cultural richness, America is actually a country with quite a limited interest in the outside world. And, of course, the high numbers of Americans who have never in their lives had a passport is somewhat rooted in the dimensions of the country itself. Which is why, if one wants Americans to learn more about Turkey, and to grasp the differences between Turkey and Arab countries such as Iraq, Egypt and Syria, one must make an effort.

And actually, festivals such as these are services not unlike opening schools in Africa or Asia, since informing the public correctly is not a small educational task. The Gülen movement, which has undertaken this effort using its own resources, has, with this festival, signed off on an event that goes way beyond any sort of “Turkish March.” One very notable aspect of this Anatolia-themed festival, which is taking place in a region heavily populated by the later generations of the victims of the events of 1915, is the special effort it makes not to display peoples or cultures as the “other.” This festival is basically a clear example of the great role played by solidarity, resolute stances and sacrifices in creating intercultural dialogue and closeness.

What’s more, the people of Los Angeles are aware of all this as they show great interest in the festival. Another important point to consider here is that you can now step on a Turkish Airlines (THY) flight from İstanbul and set foot in Los Angeles 13 hours later. The city is now much closer to Turkey than it was before, which is why the importance of the correct introduction of Anatolia and its cultures to the people here is greater than ever.

We can build better tomorrows by not discounting historical truths, and instead face these truths and reconcile with them when necessary. While doing so, we can of course pay the tribute necessary to the cultures and the peoples that have helped us arrive at this point. This festival accomplishes exactly these things. If you happen to find yourself in Los Angeles these days, I urge you not to miss out on this event.