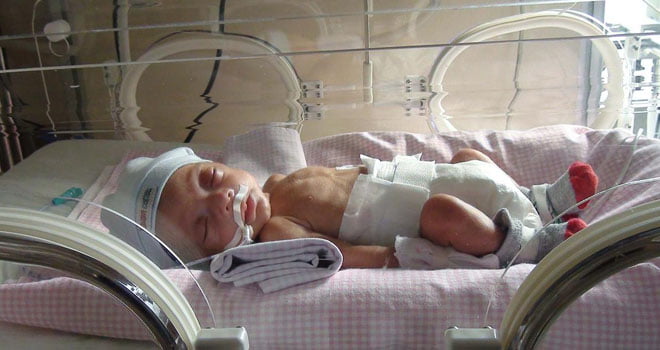 Fatma Cetin, an Erzurum teacher who was earlier dismissed from public school as part of the government’s post-coup crackdown against the Gülen movement, has been under arrest along with her premature baby, Sozcu columnist Emin Colasan revealed.

Cetin’s husband, who had been dismissed as a police officer over similar charges, was also imprisoned 11 months ago.

“Dear Mr. Emin, I am writing this letter to you from Erzurum Closed Prison. If you get the letter, please read every line of it very carefully. Because, it will show the pain deep inside me. I can’t make our voices heard otherwise,” Colasan published Fatma’s letter in his Sunday column.

“When my husband was arrested [in July, 2016], I was 7-month-old pregnant. The baby’s development slowed down due to the stress we experienced and I had to give birth to a premature baby in the 8th month of my pregnancy. My baby spent some time in an incubator.

“Difficulties were yet to simmer down. While I was on maternity leave, I was also suspended as a teacher on Oct 13 and ultimately dismissed on Feb 7. After nearly two months, I was arrested on membership to FETO. I took along my premature infant only a week after my arrest.”

FETO stands for alleged Fethullahist Terrorist Organization, which the government coined to label the Gulen movement terrorist. The government accuses the movement of being behing the July 15, 2016 coup attempt while the latter denies involvement.

“As I lived apart from my baby for a week, I poured my breast milk to washbasin in cries. You can imagine how hard this would be for a mother.”

Fatma also shared details on daily routine in prison: “30 people live in an 8-person-holding cell. The 29th person was 4-year-old Hasan and 30th was my baby, Melek. There is no space to move in the holding cell where every corner is occupied by bunk beds. Even when you whisper, you can’t someone else hearing it and my baby is not able to sleep regularly. She is also forced to eat from the menu adults were provided in jail. She has even no space to crawl. And, I am not gonna go into details about hygiene in prison as we, 30 people, all use the same bathroom and washroom.”

“We an elementary family of three and all of us including my baby are under arrest. What role would I have played in the coup attempt when I was 7-month-pregnant to a baby that we wanted to have for three years. Was the pencil that I use as a teacher considered as a weapon?” she concluded.