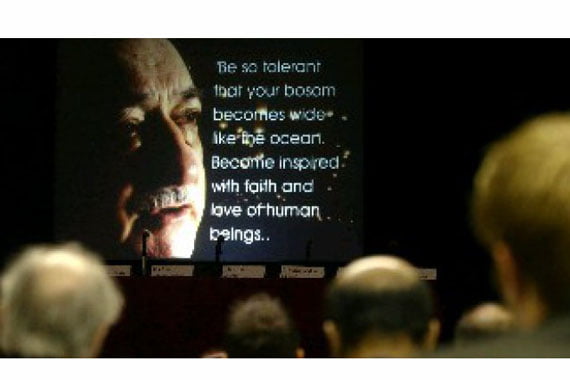 A university in the Netherlands will today launch a two-day international conference on peaceful coexistence in modern times.

Erasmus University in Rotterdam will host an international conference titled “Peaceful Coexistence: Fethullah Gülen’s initiatives for peace in the contemporary world” on Nov. 22-23. Gülen is an Islamic scholar, peace activist and the mentor of a dynamic faith-based movement. By focusing on his concepts and how they are put into practice, this conference aims at exploring the appeal and impact of the Gülen movement’s worldwide initiatives to help people respond creatively to the profound social changes occurring throughout the world.

Head of the Dialogue Academy Gürkan Çelik said: “We are organizing academic activities on the basis of dialogue. Gülen’s initiatives for peace in the contemporary world will be discussed at this international conference. More than 30 academics from the United States, United Kingdom, Germany, France, Italy, Turkey, Armenia and Israel will address participants on various themes.” A particular focus of the conference will be the movement’s long-established and ongoing projects dedicated to improving north-south and east-west relations and to building trust and cooperation among people of different cultures.