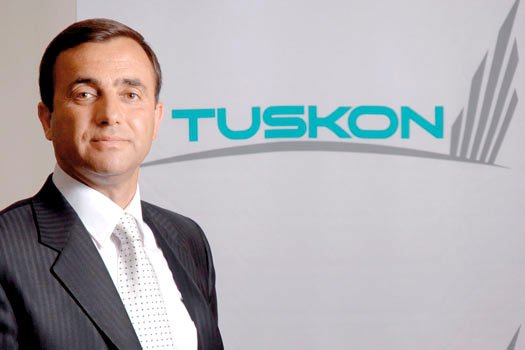 Underlining his group’s belief that the government is surely taking the necessary steps concerning tension at the Syrian border, Turkish Confederation of Businessmen and Industrialists (TUSKON) President Rızanur Meral has asked the government to be extremely cautious in its approach to the issue.

Responding to questions from reporters regarding the issue during TUSKON‘s business trip to South Africa and Mozambique over the weekend, Meral advised the government to pursue a calm approach vis-à-vis the situation. “Every political decision has side effects. However, we believe the government has thoroughly analyzed the situation in terms of how it would affect Turkey’s business community, which has worked hard to get to where it is now. It would be hard for Turkish businesses to regain the market share that could be lost in such a competitive business environment,” he said. But Meral also noted that Turkey should not hesitate to respond to any threats from the Syrian side.

Meanwhile, speaking to the press, he talked about another serious problem that businesses are facing, which is the delay in the payment of the return of the value-added tax that is offered to exporters. “This brings a serious financial cost to companies as their employees spend a large amount of time working on tax returns,” he said, adding that in order to encourage export activities the payments needs to be made on time.

Noting that exporters have been facing difficulties as a result of not being able to receive tax returns for months, Meral says he discussed the issue with Deputy Prime Minister Ali Babacan, saying that the situation has been going on for a long time.

“The government should be more practical when it comes to promoting exports. When exporters do not receive tax returns, this also delays manufacturers from receiving payments. These problems need to be resolved as soon as possible,” he commented.

Furthermore, he also noted that highway contractors had not received their payments either. “We perceive these bureaucratic delays as intentional. Each firm has millions of Turkish lira in receivables from the government. This weakens the ability of exporters. The ministers whose posts are related to the economy are aware of the situation, but they believe late payments are gains for the government budget.”

In addition, he complained about the high interest rates in the country and said, “I believe, by lowering interest rates, the market should be tested. I don’t think this will lead to any decline in the flow of resources. We need to increase the competitiveness of our businesspeople.”

Peace Islands Institute, the Journalists and Writers Foundation, Global Businesswomen Association and the Institute for Economics and Peace held a panel discussion titled “Economic Empowerment of Women to Achieve Sustainable Development Goals” during the UN CSW 59th Commission on the Status of Women.