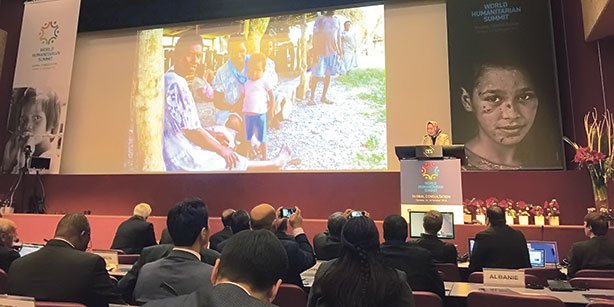 Kimse Yok Mu is a charity active in 113 countries across the globe. In addition to being internationally recognized and appreciated for its efforts, Kimse Yok Mu is an implementing partner of the United Nations High Commissioner for Refugees (UNHCR). The invitation from the UN and the Swiss Foreign Ministry gives Kimse Yok Mu the chance to attend the three-day series of interactive panel discussions and offer solutions related to humanitarian aid for current and future disasters the world is facing.

With speakers including UN Deputy Secretary-General Jan Eliasson and Swiss Foreign Minister Didier Burkhalter, the Global Consultation aims to “launch the next phase of action to address the most pressing humanitarian challenges of today and tomorrow,” completing the consultative process on the way to the World Humanitarian Summit called for by UN Secretary-General Ban Ki-moon.

Kimse Yok Mu, which is inspired by the teachings of Turkish Islamic scholar Fethullah Gülen, represented Turkey as a nongovernmental organization at the United Nations Sustainable Development Summit in September, which attracted prime ministers and presidents from 160 countries. Gülen has inspired millions of people worldwide with his work for global peace through education, social work and dialogue.