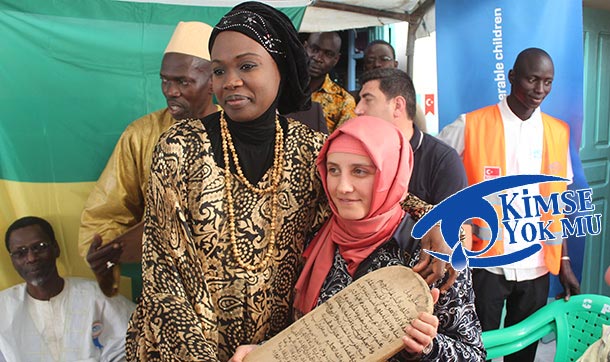 Established in two poo neighborhoods, Parparcelle and Malika, the orphanages and course began to serve for students thanks to the money collected through charity campaigns in Turkey.

Speaking during opening ceremony, deputy head of Kimse Yok Mu İbrahim Çiçek stated that they accelerated their aid efforts in Africa saying that they launched a new campaign through which they aim to establish 1,000 schools in Africa.

Syedou Wade, region director of national education, said they give importance to charity activities for orphans in their country. Wade thanked Kimse Yok Mu both for the orphanages and Quran course since they could not fully serve such needs sue to limited possibilities.

Kimse Yok Mu officials called for more help from its volunteers for the charity in Senegal where more than 500,000 orphans are in need of help. Senegalese officials said they provide limited food for the students in the orphanages since they had to accept students over their capacity.