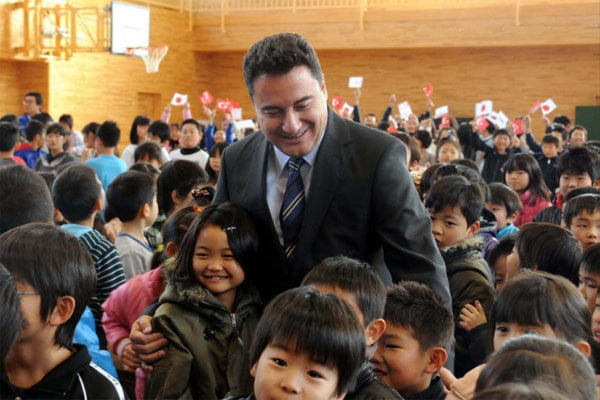 Turkish Deputy Prime Minister Ali Babacan, during a visit to Japan, on Wednesday visited a Turkish and a Japanese school in Sendai, both of which sustained severe damage in last March’s earthquake and tsunami, the Anatolia news agency reported.

Babacan received a warm welcome by the Japanese students of the Matsugahama elementary school in the town of Shichigahama and of the Turkish Abroad International School. “It is our duty to help Japan, which has always offered a helping hand to Turkey whenever we needed one,” said Babacan, adding that Turkey had received great support from the Japanese government and people after devastating earthquakes struck the eastern province of Van in October and November of this year.