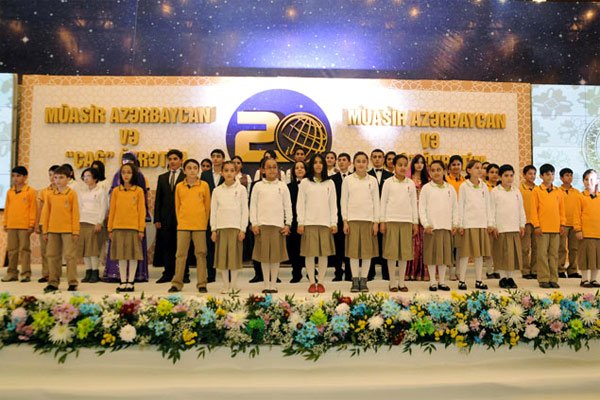 Enver Özeren, head of the executive board of Azerbaijan’s Çağ Education Company, has denied the authenticity of a letter he had supposedly written to Islamic scholar Fethullah Gülen about the Hizmet movement in Azerbaijan, saying that the letter is nothing more than an attempt to pull Azerbaijan into the domestic turmoil that has been continuing in Turkey since Dec. 17 of last year.

Government claims that the Hizmet movement forms a “parallel state” in Turkey in the wake of a corruption scandal that hit Turkey on Dec. 17, 2013, implicating Iranian businessman Reza Zarrab, three minister’s sons and other high-ranking officials close to Prime Minister Recep Tayyip Erdoğan, are affecting Azerbaijan, which neighbors Turkey and hosts dozens of educational institutions affiliated with the movement.

According to a Monday report by Azerbaijani news website axar.az, the letter, allegedly written by Özeren to Gülen, said that the movement had set up “cadres” in Azerbaijani institutions and had been negatively affected by the recent developments in Turkish domestic politics.

In reaction to the report, which spread across traditional and social media, Özeren described the letter as “fake,” saying it had been written by people who are jealous of the great success that Turkish educational institutions have had across Azerbaijan up to now.

“What is written in that letter is slander, false and black propaganda,” Özeren said in a press conference held in the Azerbaijani capital of Baku late on Monday.

“It is already 22 years since we [Turkish educational institutions] began operating in Azerbaijan. The main aim [of the letter] is to introduce shady aspects of the Turkish political agenda into Azerbaijan. We are acting within the framework of Azerbaijan’s legislation and functioning in connection with the Ministry of Education. Our activities are known by the relevant institutions of this country,” Özeren said.

He added that he has filed a criminal complaint against those responsible for disseminating the “fake” letter, adding that legal proceedings have been started over the letter, which he said was distributed as a part of a smear campaign against the Hizmet movement.

The news I read in the Wall Street Journal (WSJ) took me by great surprise. Supposedly, (former Gen. Staff) Ilker Basbug’s imprisonment for life was a message from the Gulen Movement to Erdogan, saying, “Beware! You cannot seek resolution on the Kurdish issue without our permission.” The claim that there was an organizational grouping of members of […]