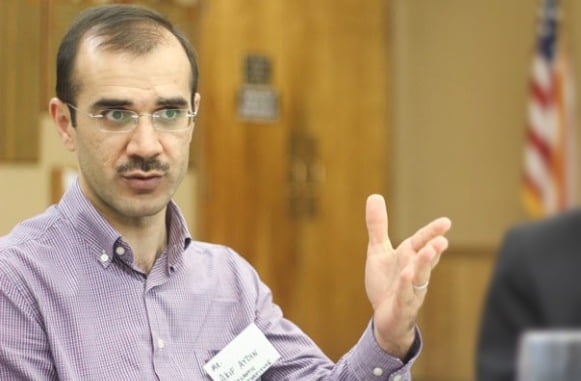 I appreciate this opportunity to clarify some points raised in a recent article published in The Greenville News concerning trips to Turkey organized by the Atlantic Institute of South Carolina.

The goals of these trips are to:

*  Promote mutual understanding through dialogue and discussion among the American participants and the Turkish society;

*  Allow participants to gain an understanding of topics, including but not limited to trade, health, economic development & finance, the media, government affairs, religious diversity, minority rights, and any other achievements of Turkish civil society.

Our trips to Turkey were an uplifting and encouraging visit for all of us. This has always been the feedback we’ve received in one way or another. Due to the political climate in Turkey, we are now hosting a new trip to Peru, as well. It is very important to us that these trips aren’t interrupted in any way.

It is well known that the institute is inspired by the peaceful teachings of Fethullah Gülen, whose decades-long commitment to education, altruistic community service, and interfaith harmony has inspired millions around the world. Described as one of the world’s most important Muslim figures, Gülen has reinterpreted aspects of Islamic tradition to meet the needs of contemporary Muslims. He has dedicated his life to interfaith and intercultural dialogue, community service and providing access to quality education. He was the first influential Muslim public figure to publicly condemn the 9/11 attacks and express sympathy for the American people.

Gülen immediately and strongly condemned the recent coup attempt in Turkey and denied allegations in his Op-Ed piece in The New York Times. He stated that:

“Throughout my life, I have publicly and privately denounced military interventions in domestic politics. In fact, I have been advocating for democracy for decades. Having suffered through four military coups in four decades in Turkey – and having been subjected by those military regimes to harassment and wrongful imprisonment – I would never want my fellow citizens to endure such an ordeal again. If somebody who appears to be a Hizmet sympathizer has been involved in an attempted coup, he betrays my ideals.”

The Atlantic Institute has scheduled two important upcoming events to address these issues:

1. “Turkey: Democracy in Peril – And What It Means For The United States” will be held Feb. 22 at 6:30 p.m. at the Hughes Main Library in Greenville.

Atlantic Institute’s mission has been to promote Peace through Dialogue since it was founded in 2010. Our mainstay is to engage in educational activities about social and cultural matters. We believe that personal interaction and communicative dialogue are the best ways to achieve this. Our organization has partnered with many other organizations in the Upstate. Just recently we partnered with the Phyllis Wheatley Center for their event on Cultural Perspectives on our Country. We have spoken on panels for events sponsored by the Rotary Club, co-hosted events with Interfaith Forum and served on the Upstate International Month Committee with Upstate International.

We remain committed to our mission of seeking and creating opportunities for dialogue between individuals and communities; and contributing to the local and global peace by promoting values such as respect, acceptance, dialogue, love, richness of faith and culture over centuries of time. We remain confident in this mission and are clear in our conscience regarding it.

Dr. Akif Aydin is President of the Atlantic Institute of South Carolina.