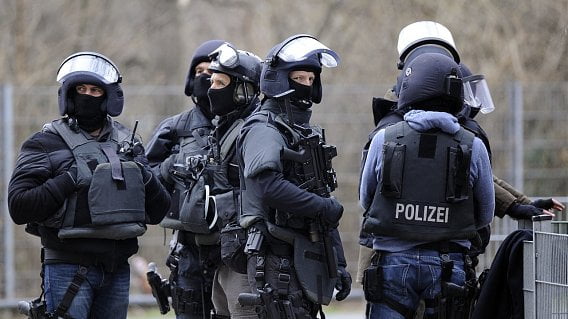 German authorities said on Wednesday that they had raided the apartments of four imams suspected of spying on opponents of the Turkish government.

The Federal Public Prosecutor’s Office (GBA) said the raids, in the states of North Rhine-Westphalia and Rhineland-Palatinate, were to find evidence. No arrests were made.

The GBA said the imams were believed to have given information to a Turkish diplomatic mission about followers of the cleric Fethullah Gulen. Turkish President Recep Tayyip Erdogan has accused US-based Gulen of instigating a failed military coup in July last year, and has launched a crackdown on his supporters inside Turkey.

“The individuals are suspected of having collected information about members of the so-called Gulen movement and passed it on to the general consulate in Cologne,” the GBA said.

Gulen – who was close to President Recep Tayyip Erdogan  before their relationship turned sour – has condemned the coup attempt, while acknowledging some of his supporters may have participated.

The GBA said in a statement that the clerics were believed to have acted on an order issued by the Turkish based religious authority Diyanet last September. That order requested “detailed reports” on pro-Gulen organizations, including small community groups.

“It is very clear that the influence of the Turkish state on Ditib is big,” said Maas in a statement. “The association must plausibly disengage itself from Ankara.”

An Austrian, Green party lawmaker this week claimed that Turkish diplomats were enlisting Turkish religious organizations in Austria to undermine Gulen supporters there. Parliamentarian Peter Pilz said his team was working on documents to show the practice was even more widespread, spanning some 30 countries across Europe, Africa and Asia.