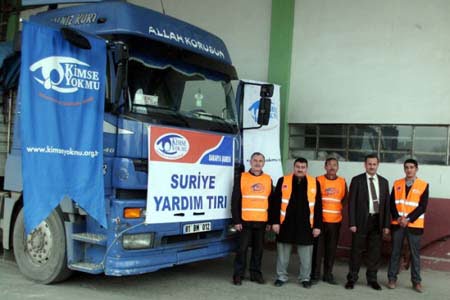 International charity association collected 24 trucks of aid material for the Syrian refugees living in the eastern provinces of Turkey.

All of the trucks gathered in Nizip, a district in the southeastern province of Gaziantep as part of a countrywide campaign “I need You”. Boxes loaded with food, clothes and cleaning agents will be delivered to the Syrian refugees living in the eastern provinces; Gaziantep, Kilis and Hatay.