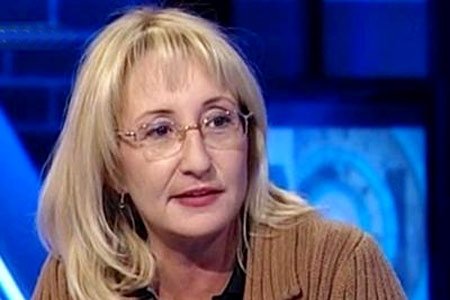 The Syrian crisis has turned the social transformation process in the Arab world into well-known inter-state tensions. As of today, when talking about possible ways to resolve the Syrian crisis, we only mention states and their policies. Great powers have strategic expectations regarding the Syrian crisis. However, this crisis also has a “human” aspect.

While the armed conflict continues to ravage the country and the region, one can’t expect to forget about states and their strategies; but when the time comes and the reconstruction process begins, the human aspect will have to be put at the center.

Mutual relations between two countries’ governments are not sufficient to explain why these two countries are on good or bad terms. It is true that if the peoples of these two countries feel they are close, it will be difficult for the governments to have bad relations for long. The contrary is also true: It is difficult to establish an enduring alliance with a country that your citizens don’t trust. That’s why looking at events only through the governments’ perspective can be enough in the short term, but it can be misleading in the long run.

There are, thankfully, people who believe that rapprochement between peoples is the only guarantee for lasting cooperation between countries; like those who organized the Silk Road Festival last week in Houston, Texas, for example.

The festival’s aim was to bring together people from countries situated along the historic Silk Road for two major reasons: first, to organize a joint social event with Turkic-speaking countries, and second, to contribute to Turkey’s public diplomacy effort in the United States, particularly in Texas. Through this festival, many US officials, decision makers and lobbyists have been contacted in order to reduce preconceptions about Turkey and to make political investments for the future.

The first step of the political investment is to enable Turks living in the US to become organized. The festival has proven that, compared to a few years ago, Turks are better organized in this country. The second step is to make American-Turkish organizations more visible and influential in US public opinion. The third step is to enable these organizations to be seen as valuable interlocutors by US decision makers when it comes to making a decision in the White House or in Congress about Turkey or about Turks who live in the US.

It seems that Turkish organizations in the US are already very efficient in 11 states, and they have started to get concrete results. The main goal is, of course, to make Congress adopt a friendlier approach toward Turkey.

These organizations try to develop civil society initiatives in order to have an influence over decision makers. What is important is that these organizations are not introverted, and they believe it is necessary to have Americans from different origins on board, too. Besides, they don’t really care if the Americans they work with are Republicans or Democrats.

It would be far better if all these efforts had been put in place decades ago, so that we would now already have well-established channels of dialogue between Turkish and American citizens, and politicians in both countries would have to take this into account when they make their decisions. Well, of course, it is better late than never. It is comforting to see that the seeds are being planted now: It is an assurance that we’ll benefit from them one day or another.

These social initiatives will reinforce mutual dependencies between countries and make the decision makers think about sociopolitical consequences while adopting foreign policy positions. The Silk Road Festival in Houston made us think once again how civil society can shape a nation’s future. The organizers deserve to be congratulated.

The violent extremist ideology cannot be rooted out until an effective, coherent, comprehensive and well-reasoned counter-narrative is evolved. For that, all the theological, religious, political, historical, instrumental and socio-psychological underpinnings of the global jihadism have to be counter-argued and dismantled.