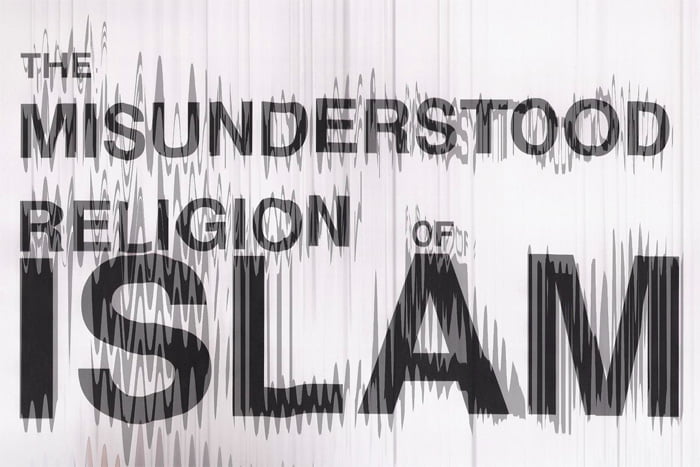 Several terrorist attacks over the past weeks carried out by radical groups in different countries who claim to act with Islamic motivations are seriously damaging Islam’s image, and the best response to such groups is to show the entire world the real face of Islam, which carries the meaning of peace, analysts have said.

On Sept. 21, two suicide bombers struck a cluster of funeral tents packed with mourning families in a Shiite neighborhood of Baghdad, the deadliest in a string of attacks around Iraq that killed 96 people. The attack on the funeral was one of the largest single terrorist assaults on civilians in Iraq in recent years. It happened shortly before sunset in the densely populated Shiite neighborhood of Sadr City in northeastern Baghdad. Websites close to al-Qaeda’s local franchise in Iraq presented the suicide bombers as “heroes.”

On the same day, the Kenyan capital city of Nairobi was shaken by the news of an attack on the Westgate mall, which lasted until Sept. 24. The attack resulted in at least 72 deaths, including 61 civilians, six Kenyan soldiers and five attackers. Among the killed was a Dutch citizen of Turkish origin, Elif Yavuz, who was eight-months pregnant. The attackers held hostages and later engaged in gun battles with Kenyan security forces. Over 200 people were reportedly wounded in the mass shooting. The Islamist group al-Shabaab claimed responsibility for the incident, which it characterized as retribution for the Kenyan military’s deployment in Somalia.

On Sept. 22, All Saints’ Church in Peshawar, Pakistan, was attacked by two suicide bombers from a Taliban faction that has vowed to kill non-Muslims until the US cancels its lethal drone strikes in the country. The attack claimed the lives of 85 people and injured more than 100. It was Pakistan’s worst attack on Christians. The Taliban faction announced that it will continue attacks on non-Muslims.

According to Dr. Salih Akyürek, from the Turkish think tank the Wise Men Center for Strategic Studies (BİLGESAM), radical groups who carry out bloody terrorist attacks by interpreting some verses of the Quran in their own way can be stopped only by showing the real face of Islam to the world.

“Radical groups in Pakistan, Kenya, Somalia — they have nothing to do with Islam. None of their arguments, which the West capitalizes on, have anything to do with the Quran. Here, the faulty side is not the West but the movements which misinterpret Islam. Which verse, which hadith tells people to kill innocent people? There is no such verse in the Quran,” he said.

With regard to the factors nourishing these groups, Akyürek said that in addition to ethnic, religious and political rivalries, poverty, unemployment and corruption feed these groups, adding that the tutelary regimes in the Islamic world and the dictators in power give more fuel to radicalism’s fire.

“On the day when real Islam is practiced in the Islamic world, such groups’ life support will be cut off. In parallel with the development of democracy, justice and economic welfare, such groups will have less room to survive. Before the Islamic world returns to its values, such attacks cannot be prevented,” he said.

Commenting on the issue, Sedat Laçiner, rector of Çanakkale Onsekiz Mart University and an expert on terrorism, said socioeconomic traumas and the lack of education in Islamic countries strengthen radical groups.

He said massacres which are carried out recklessly by these groups damage the Islamic world more than they damage the West.

“These groups, which are established in Islamic countries that lack education, justice and are overwhelmed by [military] occupation, simply declare some regimes and countries ‘enemies’ and attack them mercilessly. There are unfortunately some groups in the Islamic world that benefit radicals. Those who manipulate these groups are trying to establish a link between Islam and terrorism,” he said.

When asked about a solution to the existence of radical groups in the Islamic world, Laçiner suggested that the “swamp resulting in the birth of those warriors” should be dried up.

He said radical groups in the Islamic world that use violence should never have been allowed to come into existence.

“If the existence of radical groups is not prevented, terrorist attacks, Islamophobia and the West’s counterattacks cannot be prevented. The ‘Islam equals terrorism’ perception cannot be eliminated. In this regard, prominent opinion leaders in the Islamic world, the Organization of Islamic Cooperation [OIC] and al-Azhar University should immediately condemn terrorist attacks [carried out by radical Islamic groups] and frequently announce that such actions have no place in Islam and that Muslims should step up resistance against movements encouraging people to use violence,” he explained.

Recalling that global powers have until today fomented differences in the Islamic world, helping them to turn into clashes, Laçiner said the tension could be reduced by diminishing the differences.

In his view, other Muslim countries can eliminate radical groups by investing more in democracy, education and the economy, just as Turkey has done.

“At this point, there is big role for Turkey. Ankara could reduce the religion-based crises in the region and outside the region by intervening without giving support to any party, just like the Ottoman Empire did. Turkey’s common sense attitude and it distancing itself from terrorist groups will set an example to other countries. If Ankara turns a blind eye to radicalism due to short-term interests, it will be more difficult for the Islamic world to get out of this circle of violence,” Laçiner said in further remarks.

Gülen denounces violence in the name of Islam

Turkish Islamic scholar Fethullah Gülen has unequivocally rejected terrorist attacks and bombings committed in the name of Islam, adding that a terrorist cannot be branded a real Muslim.

In a speech he delivered to his students at his house in Pennsylvania, Gülen spoke at length about attacks on behalf of Islam, stressing that a real Muslim could never commit a terrorist attack. His speech was published on Sept. 26 on herkul.org, a website that frequently broadcasts his messages.

Gülen’s remarks came shortly after the deadly shooting and hostage crisis in Nairobi and the church and funeral bombings in Pakistan and Iraq that killed scores of civilians.

“The most brutal scenes are at play in the name of Islam in a wide region from Syria to Pakistan and Kenya,” Gülen stated, noting that perpetrators bomb mosques and churches, slitting throats after alleging that the Quran orders it. Gülen said the picture in the Middle East is also a shame for Muslims and that it stains the face of Islam.

Gülen, who is commonly known as Hocaefendi by his followers, said the terrorist attacks attributed to Muslims are sometimes being undertaken by what he called “raw souls” who fail to fathom Islam with its depth, sometimes by extreme provocation of feelings of young men, sometimes by people disguised as Muslims and sometimes by criminals under the influence of drugs.

Gülen stated that everything is codified in Islam during both times of peace and war. He said while individuals cannot declare war by themselves and decide to kill a person during peace time, those during war also cannot kill women, children and the elderly. According to Islam, he said people also absolutely cannot attack the houses of worship of others even during war. “Considering all these things, it is never possible to justify suicide attacks, suicide bombers or similar terrorist attacks,” he underlined.

Journalists, politicians and writers gathered together for a forum in İstanbul on Tuesday to mark the launch of renowned Islamic scholar Fethullah Gülen’s latest book, “Yaşatma İdeali,” (The Ideal to Let Others Live). The event, organized by the Journalists and Writers Foundation (GYV), was held at the Ceylan Intercontinental Hotel. Among the participants of the […]