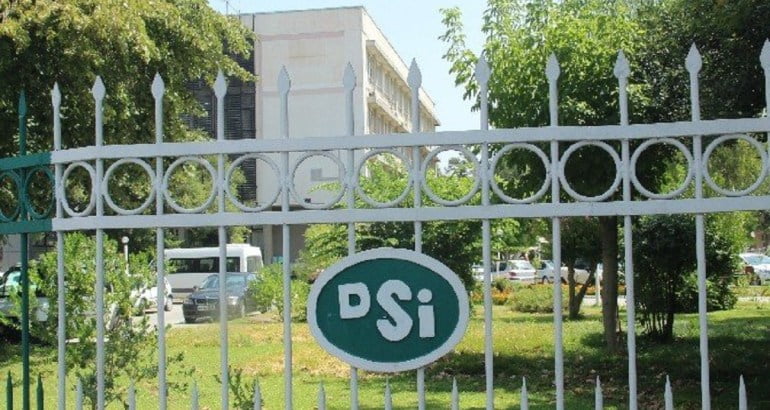 Stockholm Center for Freedom (SCF), a monitoring groups for fights violations in Turkey, has received credible reports of mass torture and abuse in an unofficial detention center in Turkish capital.

According to the appalling account provided by a group of lawyers who have the knowledge on the cases of recent detentions of some 1,000 people last week, police has been practicing torture and abuse on victims in a sporting hall that was converted into a detention hall in a short distance from the city center Ankara. The facility, owned by the State Water Work (DSİ), was used to practice both verbal and physical tortures on victims including threats to kill, rape, beatings, strappado, spraying with ice cold water.

One suspect told his lawyer that “I heard all kinds of curse and swearing against my family during the interrogation. They threatened me with raping my family members. We are subjected to all kinds of abuse, physical violence here. I saw one man who had a black eye on his eyes. I witnessed another man as having difficulty in walking because police shoved a baton into his anus. So many victims have marks in their bodies from abuse and torture. One doctor wrote a report documenting a torture but police was trying to falsify the date of the report.”

The same suspect added that “we heard that this torture and abuse could go on for a longer period, but we were told police is on the rush because they are expecting to receive hundreds of detainees in coming weeks. They need a space for newcomers. That is why they are subjecting us to an intensified and heavy torture and abuse so that they can turn suspects into informants.”

Lawyers also complained that the sporting hall has only one working toilet for hundreds of people who were kept there under inhuman conditions. They are all forced to sleep on the floor next to each other on a piece of sheet laid down on the floor. They also believe the conditions in that detention center are worse than reported because they have very limited access to suspects under police custody.

One suspect: “I heard all kinds of curse and swearing against my family during the interrogation. They threatened me with raping my family members. I saw one man who had a black eye on his eyes. I witnessed another man as having difficulty in walking because police shoved a baton into his anus. So many victims have marks in their bodies from abuse and torture.”

Last week, Turkish prosecutors have issued detention warrants for 4,900 people over their alleged links to the Gülen movement with 1,009 of them were detained in simultaneous raids across Turkey’s 72 provinces on last Wednesday.

The list was reportedly drawn by Turkey’s notorious National Intelligence Organization (MİT) that profiled unsuspecting citizens based on their political views, ideologies. Since there was no solid evidence to warrant their detentions, police have been using torture to extract forced confessions out of the suspects, which in many cases compelled to sign on statements that were prepared in advance. The suspects, many are teachers and educators, are alleged to have been members of Gülen movement that is critical of authoritarian and repressive regime of President Recep Tayyip Erdoğan.

A leaked confidential government document last year revealed that Turkey’s police has been using unofficial detention centers across the country. Apparently concerned over impending visit by a delegation from the Council of Europe (CoE) Committee for the Prevention of Torture (CPT) that was scheduled to carry out inspections between Aug. 28 and Sept. 6, 2016, the acting deputy head of the Turkish National Police warned all officers about the visit and ordered them to avoid using sports facilities as detention centers during the delegation’s stay in the country.

The official also asked police officers to obey international rules of detention while the delegation was in Turkey and ordered them to reorganize all detention centers and to make the centers ready for the inspection as soon as possible.

Despite last-minute attempt by Turkish government to cover its tracks on torture, CPT is believed to have documented serious torture and abuse cases during the fact-finding visit to Turkey. That is the reason why Turkish government denied the pending approval request by the CPT to make its report publicly available.

On December 2016, the United Nations Special Rapporteur on Torture Nils Melzer talked about an environment conducive to torture following a failed coup in Turkey on July 15, 2016. He noted that Turkey is not following up on investigating torture allegations. Melzer’s visit, the first by a UN torture expert to Turkey since 1998, came a month after US-based watchdog Human Rights Watch (HRW) accused Turkish police of torturing detainees. On Oct. 27, in a 43-page report titled “A Blank Check: Turkey’s Post-Coup Suspension of Safeguards Against Torture,” HRW documented 13 specific abuse incidents concerning Turkey’s post-coup detainees. The alleged abuse cases ranged from the use of stress positions and sleep deprivation to severe beatings, sexual abuse and the threat of rape.

Human rights group Amnesty International reported on July 24 that it had received credible evidence of detainees in Turkey being subjected to beatings and torture, including rape, since a failed coup on July 15.

Confirming the claims, Selçuk Kozağaçlı, the president of the Progressive Lawyers’ Association (ÇHD), said during the Ankara Bar Association’s general assembly on Oct. 16 that people imprisoned as part of a government crackdown on the Gülen movement are being systematically tortured in the most barbaric ways including rape, removal of nails and the insertion of objects into their anuses.

“They remove the nails of colleagues [during detention] at police stations. Believe me, I saw people who underwent a colostomy after they were tortured with objects inserted into their anuses in prison and police stations,” said Kozağaçlı.

According to a SCF report on Mach 22, 2017 with the title of “Suspicious Deaths And Suicides In Turkey” there has been an increase in the number of suicides and suspicious deaths in Turkey, most in Turkish jails and detention centers where a torture and ill-treatment is being practiced.

In most of the 54 cases mentioned in the report, (which was later updated with the list of 60 cases) authorities concluded these as suicides without any effective, independent investigation. The suspicious death has also taken place beyond the prison walls amid psychological pressure and threats of imminent imprisonment and torture, sometimes following the release of suspects or just before the detention.

According to a statement from Interior Minister Soylu on April 2, a total of 113,260 people have been detained as part of investigations into the Gülen movement since the July 15 coup attempt, while 47,155 were put into pre-trial detention. On May 6, Turkish Justice Minister Bekir Bozdağ said 149,833 people have been investigated and 48,636 have been jailed as part of an investigation targeting the Gülen movement since July 15 of last year.