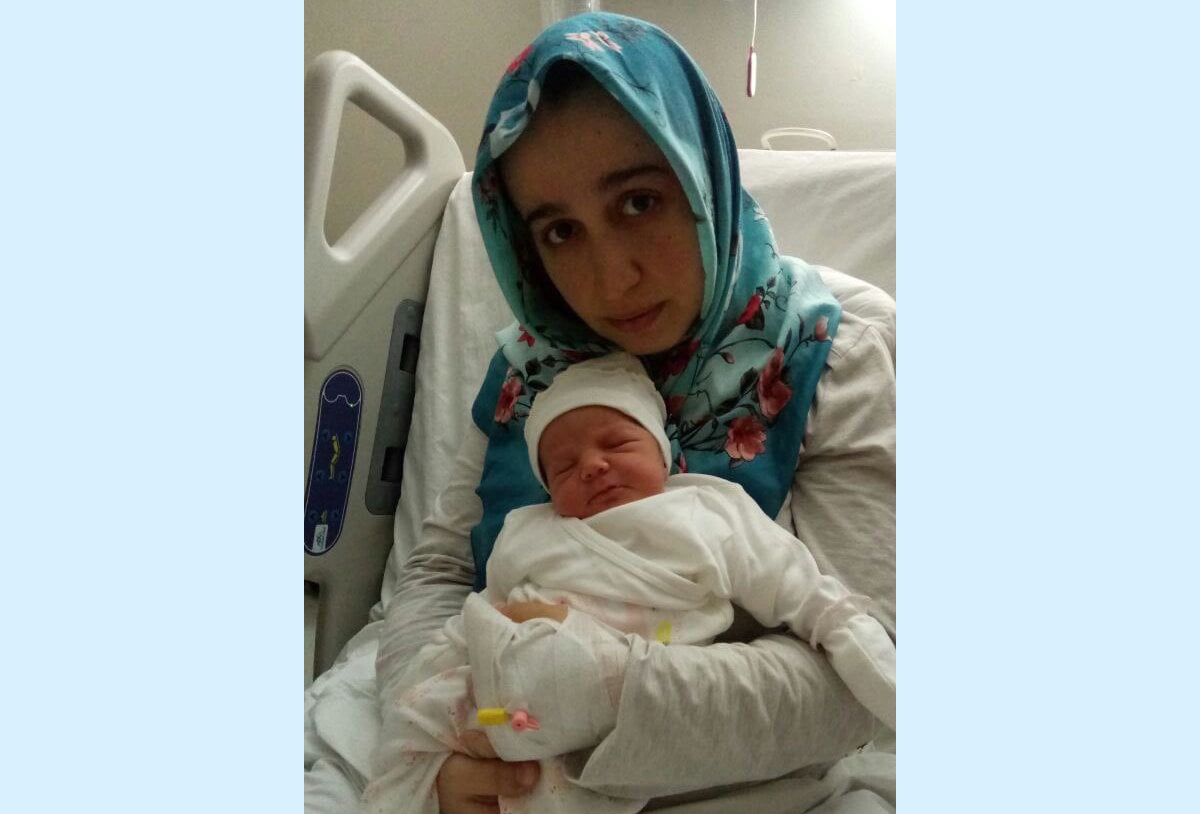 Aysun Aydemir could barely walk Monday as authorities took her away from Ekomar Hospital in the Ereğli district of Zonguldak for being an alleged supporter of Fethullah Gulen, a US-based Islamic cleric who is accused of being behind a failed coup attempt last summer.

At least 240 people were killed during the attempted takeover.

A photo posted on Twitter by Sezgin Tanrıkulu, Istanbul deputy of the Republican People’s Party (CHP), shows the new mom in a hospital bed, holding her child in her arms before she was detained.

Officers had been patiently waiting at the door of the delivery room while doctors performed an elective C-section on the English teacher and successfully delivered the baby, according to Turkey Purge, a local human rights organization.

They reportedly arrested Aydemir three days later and placed her in pretrial detention, along with the infant.

In his tweet, Tannkulu mentioned Justice Minister Bekir Bozdağ and called on him to do something.

“Is this your justice?” he asked, in Turkish.

The attempted coup on July 15, 2016 was ultimately aimed at President Recep Tayyip Erdogan and was said to have been led by the Fethullah Gulen Terrorist Organization, or FETO.

Since then, the government has been arresting countless people over suspected links to Gulen or the group — using a strange list of evidence and clues that can suggest who may or may not be a member.

The guidelines include having an account at Bank Asya, which was founded by Gulenists, and sending your children to a school that is simply associated with them, the New York Times reported.

Aydemir is just one of more than 47,000 people who have been reportedly arrested since the failed coup. Most have been civilians, but local police officers and military personnel have also been taken into custody, as well.

At least four other mothers, with newborns, have been detained by police and held under suspicion of treason.

Gulen, who has been living in exile in Pennsylvania since 1999, became a topic of discussion last month in New York after a Turkish prosecutor announced that he was investigating Sen. Chuck Schumer and former US Attorney Preet Bharara, among others, for alleged ties to the cleric.

Bharara was also accused of being a Gulen sympathizer last year, when he had Reza Zarrab — a dual Turkish-Iranian citizen with close ties to Erdogan — indicted on charges of conspiring to evade sanctions against Iran.