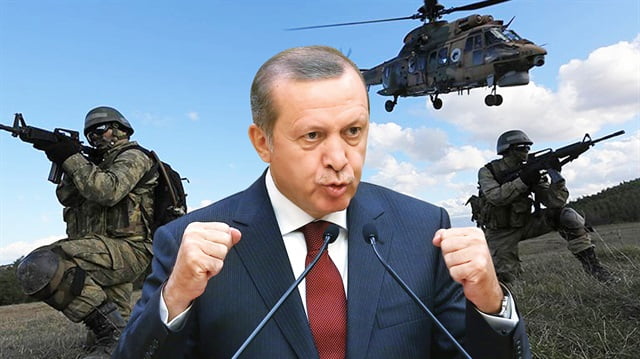 ISTANBUL — Turkey’s failed coup, which unraveled a year ago on Saturday, has had a profound impact on contemporary Turkish life. Far from ending the rule of President Recep Tayyip Erdogan, it tightened his grip on the country, giving him the political room to impose a state of emergency that is still in effect; fire or suspend about 150,000 dissidents and accused coup plotters; and arrest roughly 50,000 people.

But while the fallout from the coup is clear, there are still questions about what happened during the coup.

The Turkish government says the coup attempt, which left more than 240 people dead, was led by Fethullah Gulen, an Islamic cleric and former ally of Mr. Erdogan’s who is living in exile in the United States. Mr. Gulen’s followers have been infiltrating Turkish state institutions for several decades.

There is plenty of circumstantial evidence that Gulenists had a hand in the coup. For example, two civilian Gulenists — Adil Oksuz and Kemal Batmaz — were arrested in the vicinity of the air base that served as the coup headquarters. Hulusi Akar, the loyalist army chief who was detained by the coup plotters, said in written testimony afterward that a general in league with the coup offered him the chance to speak to Mr. Gulen by telephone. And Mr. Akar’s aide-de-camp, who helped detain Mr. Akar on the evening of the coup, admitted in written testimony to being a Gulenist, though that testimony was given under duress.

But it is not clear whether the Gulenists acted on their own. Some of those accused of being Gulenists have admitted to participating in the coup attempt while denying any links to Mr. Gulen. On the night of the coup, some generals took more than three hours to publicly voice support for Mr. Erdogan, prompting rumors that some of them might have supported the coup at first, only to change their minds when it appeared to falter.

The European Union’s intelligence agency has since stated that it believes the coup plotters included various secularists and opportunists as well as Gulenists. Officials of the agency and of German intelligence say they do not believe Mr. Gulen personally ordered the coup.

Who knew what, and when?

The indictment against the coup plotters suggests that Turkish intelligence officials were warned about the insurrection at least six hours before it began on the evening of Friday, July 15. A major who was referred to in the indictment only by the initials “O.K.” was assigned by the coup leaders to help kidnap the chief of Turkish intelligence, Hakan Fidan. But O.K. instead reported the kidnapping plan to Mr. Fidan’s office around 3:30 p.m. on Friday, and Mr. Fidan’s office then informed Mr. Akar. In the major’s written statement, he says he gave express warning that the kidnapping could be part of an attempt to overthrow the government.

As a result, some analysts find Mr. Fidan’s and Mr. Akar’s subsequent response to be oddly slow and piecemeal. In written statements to Parliament, Mr. Fidan said he did not call the president’s office until as late as 7:26 p.m., and even then did not speak to the president or explain to Mr. Erdogan’s subordinates exactly what was happening. Later that evening, Mr. Fidan said, he met with a leader of the Syrian opposition, as if there were nothing to worry about.

Mr. Akar said he did not order the grounding of the Turkish air force until around 6:30 p.m., and that he ordered lockdowns at only certain army bases. He also raised eyebrows by taking several months to supply written testimony to a parliamentary inquiry into the coup — testimony that ultimately raised as many questions as answers.

The confusion about what happened in the hours leading up to the coup last July has led to speculation among the Turkish opposition that the government may have allowed the coup to unfold, or even encouraged it, in order to justify the subsequent crackdown. The leader of Turkey’s largest opposition party, Kemal Kilicdaroglu, has described what happened as a “controlled coup.”

Why was the coup so poorly executed?

At the onset of the coup, rebel soldiers began blocking roads and bridges around 10:30 p.m. on a Friday night — a time when most Turks were still up and about, and therefore an odd moment to commence an operation that relied on surprise. Some observers have suggested that the coup was meant to begin much later in the night, but was rushed forward after coup leaders realized that their plans had been uncovered.

Other decisions are harder to explain. The coup plotters raided the state broadcaster, T.R.T., early in the evening but did nothing about most of the country’s private television channels. Those channels put government officials on the air throughout the night, letting the government control the narrative. And while the plotters tried to seize Mr. Erdogan, few attempts seem to have been made to round up other important government figures.

The attempt to kidnap Mr. Erdogan was bungled. The soldiers sent to seize him did not reach his vacation hotel until several hours after the coup began. In a recent court hearing, one of them, Brig. Gen. Gokhan Sonmezates, said they had been ordered to wait, a decision he found strange. “Who misled us,” General Sonmezates asked, “and made us wait for four hours?”

What did foreign powers know?

In Turkey, foreign governments were seen as responding slowly and tentatively to the unfolding events, prompting Mr. Erdogan’s supporters to suggest that the coup had the tacit support, or at least happened with the foreknowledge, of Turkey’s allies, including the United States. No evidence of this has surfaced, but the fact that Mr. Gulen lives on American soil has fed speculation that foreign officials must have been tipped off.

Statements by Michael T. Flynn, the retired American general who later served briefly as President Trump’s first national security adviser, seemed to strengthen this impression. Speaking as the coup unfolded, Mr. Flynn suggested that he had been briefed on the operation by a friend in the Turkish officer corps, and expressed his support. (He later reversed his position and blamed Mr. Gulen for the coup, casting some doubt on how much Mr. Flynn had actually known at the time.)

By one account, the Russian government knew of the coup plans and warned the Turkish government. A representative of the mayor of Ankara told Hurriyet, a major Turkish newspaper, that Aleksandr Dugin, a Russian academic with ties to the Kremlin, warned Turkish lawmakers and intelligence officials about unusual military activity before the coup began.

Adil Oksuz, a theology professor, was one of the two civilian Gulenists arrested near the air base the morning after the coup began. He is accused of leading the operation.

Two days after his arrest, he was released on the order of a judge who has since acknowledged being a fellow Gulenist. Once free, Mr. Oksuz disappeared, and his whereabouts is a subject of wide speculation.

Pro-government media outlets insinuate that the United States is hiding Mr. Oksuz and point to reports that say that American consular officials had tried to contact him on July 21, six days after the coup began. The United States Embassy in Turkey said it was simply trying to notify him that his visa to travel to the United States had been revoked at the request of the Turkish government.

The Turkish government has embarked on a crackdown of exceptional proportions, targeting people it accuses of being linked to Fethullah Gülen – a Turkish cleric in exile in the US, who the government accuse of masterminding the failed coup on 15 July 2016. More than 10,000 people have been detained since the attempted coup and […]

The body of Mustafa Zümre, a computer engineer has been found in the Maritsa River 78 days after he went missing. He had arrest warrant issued due to alleged Gülen links, reportedly went to the Umurca village of Edirne’s Meriç district along with his wife and two children on Dec. 12 to cross the Maritsa River to reach Greece in order to escape the witch-hunt against the Gülen followers in Turkey.