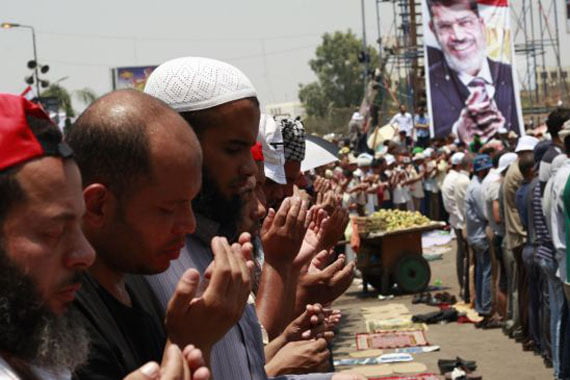 Turkish Islamic scholar Fethullah Gülen has extended his condolences to victims of the violence in Egypt that resulted after a military crackdown on two camps housing supporters of the country’s ousted president.
The Egyptian Health Ministry put the latest death toll at 638 and said the number of injured in the Wednesday’s violence also has risen to 3,994.

Gülen recalled that the aggrieved Islamic world is now “being shaken” by events in Egypt and that lamented that the bloodshed and tears have no impact on the international community.

He said it is also sad that “we have no capability to stop all this despotism.” He said the only thing “we can do is to pray,” extending condolences to the Egyptian people.