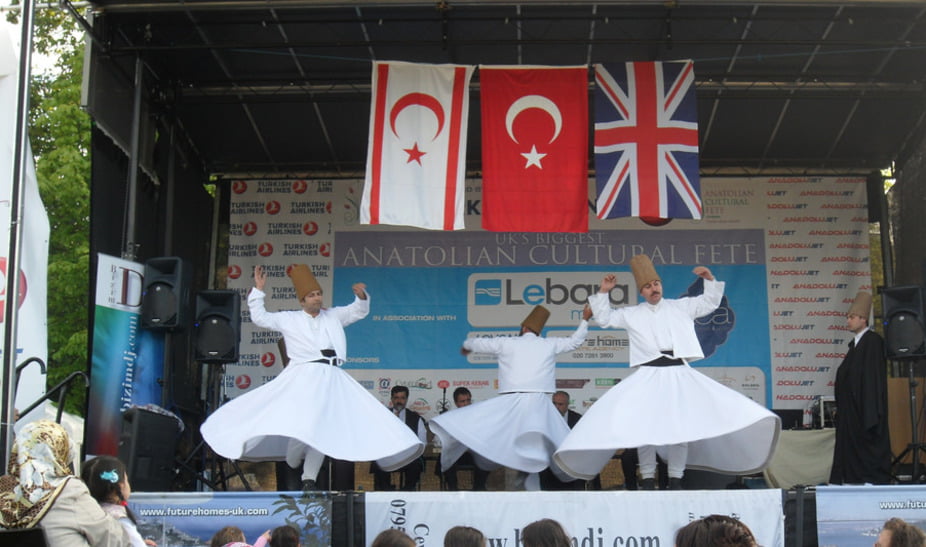 For a long time, Turks have been a largely invisible minority group in Britain. But thanks to those campaigning for a British exit from the European Union who have argued that Turks are a national security threat, and those warning that 12m Turks want to come to Britain if Turkey becomes an EU member state, Turkish immigration is high on the national political agenda. This is despite the prospect of Turkey in the EU being very remote.

There are now more than half a million Turkish-speaking people living in Britain, with different experiences of migration. As subjects of the crown, Turkish Cypriots were the first to come to Britain during the late 1930s. Turks followed them during the late 1970s as labour migrants, and Kurds came to Britain in large numbers as asylum seekers during the 1990s. Today, the 300,000 Turkish Cypriots make up the largest part of Britain’s Turkish-speaking community.

The Brexit campaign has shot itself in the foot by portraying these Turks as criminals and terrorists. Such hostile and racist arguments have offended Turkish-speaking people in the UK and such xenophobia does little to help Turks develop a sense of attachment to Britain – reinforcing racial prejudices instead.

There are, however, strong mechanisms within the Turkish-speaking community in Britain that promote a sense of belonging towards, and integration into Britain. One is the Dialogue Society, a community organisation founded by second-generation Turkish-British Muslims and inspired by prominent Turkish Islamic scholar, Fethullah Gulen. It seeks to promote and work for an interconnected and cohesive society. It has 11 branches across the UK, though the number of its followers and volunteers is unknown.

Once an important ally of the governing Justice and Development Party, the Gulen movement both in Turkey and abroad has become the number one enemy of Turkish President Recep Tayyip Erdoğan and his party. The government’s allegations against it – that it is infiltrating into state apparatus and forming a terrorist organisation – are serious, yet no significant evidence has been provided. The movement and its followers, especially business people, have been targeted by the government in Turkey and a 2015 report, written by four prominent British lawyers, detailed various human rights violations against them. 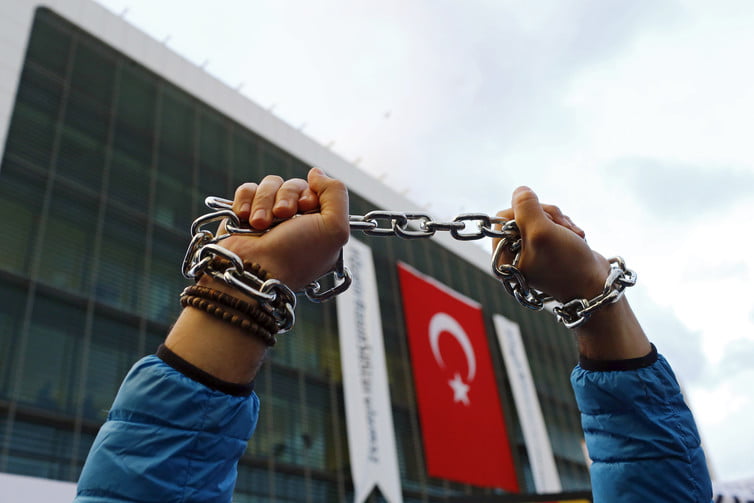 Supporters of Gulen’s movement in Turkey protest against a clampdown on opposition media in March 2016. Sedat Suna/EPA

Gulen’s followers have continued their activities abroad. Followers have organised hundreds of community outreach events across the UK, such as community engagement breakfasts, themed dinners, Ramadan fast-breaking dinners and many other civil society activities.

At the end of 2015, I interviewed senior members of the the Dialogue Society in Britain. They believed that integration and the development of a sense of attachment towards the country of settlement is not just important and necessary, but also a “moral responsibility” placed on all Muslims.

Be part of society

Followers of the Dialogue Society believe that people have the responsibility to come out of their comfort zones to engage with and build bridges between people of different dispositions. They argue that people cannot be connected with their place of residence if they sit at home all the time or only socialise with people like them. Instead, they need to be proactive, come out of their ethnic enclaves and engage with people of different cultures and faiths.

In an interview as part of my PhD research, the chair of the Dialogue Society, Ozcan Keles, told me that the state “has the responsibility to facilitate and lubricate integration”. This responsibility, he added, should not be seen as merely encouragement: it must be “providing housing, welfare, jobs [and] safety, which will lead to a sense of belonging”. Crucially, he argued that the state needs to:

Avoid inhibiting freedom and freedom of choice, it needs to avoid being prescriptive, it needs to do as much as it can without doing too much in terms of becoming an overbearing state, which is … problematic.

Of the senior members of the Gulen community I interviewed, 11 identified themselves as a “British Muslim of Turkish background”, and five as “British”. For them, identification with the identity of the country where they have settled is a sign of integration.

The movement’s teachings around dialogue and community engagement foster a sense of attachment towards the place of residence. Ilknur Kahraman, the co-director of the Dialogue Society, for instance, told me that she is still a “proud Turk … But I don’t think that’s the only thing that defines me”. She is among those who identify herself as British Muslim of Turkish background.

Britain’s Turkish community is a dynamic ethno-religious group – a significant number of whom are actively working to promote integration into British society. They should be encouraged and supported, not stigmatised and marginalised as criminals and a national security threat by some British politicians.