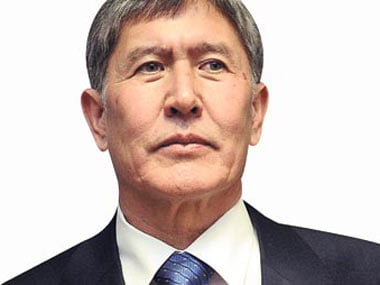 Kyrgyz Prime Minister Atambayev said: “Not only are Turkish efforts in the arena of education helping Kyrgyzstan, they are also seriously contributing to improving relations between the two nations. This is why I support these efforts with all my heart.”

Schools connected to the International Sebat Educational Institution active in Kyrgyzstan, such as the International Ataturk Alatoo University and the Kyrgyzstan Turkey Manas University, are open and working. Currently there are thousands of students being educated at these universities. What do you think of the role played by these universities and how do you view their importance? What do you think such educational efforts contribute to the relations between our nations?

There can be no doubt about the importance of the educational institutions you have just mentioned. We, of course, absolutely support these institutions and developments in the arena of education. Just as these efforts are very beneficial for Kyrgyzstan, they also make a serious contribution to relations between our nations. Just as our history has been unified, God willing, so shall our future. We, of course, cannot even consider a future without education and the greatest role in enlightening the future is played by these institutions and our youngsters receiving their educations therein. The first and most important step in creating the Turkic Union is these educational efforts. So I support them with all of my heart.

Taipei, Dec. 11 (CNA) The Hizmet movement, a social movement inspired by Turkish Islamic scholar Fethullah Gulen, could be a powerful argument for the theory that people need only good education to bring out the goodness in them, a U.S. scholar said Saturday. Mark Owen Webb, chairman of the Department of Philosophy at Texas Tech […]