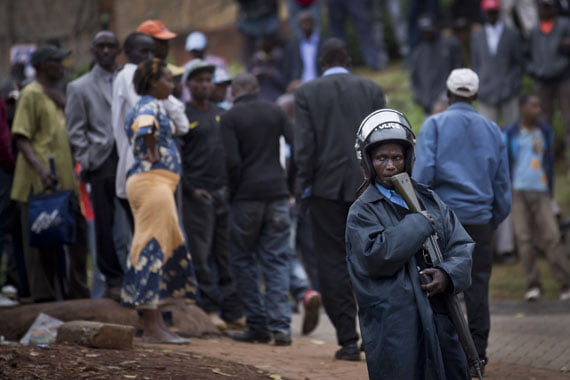 I am heartbroken by the senseless terrorist attack in Kenya and the loss of lives and horrific injuries to so many innocent people. In the eyes of God, every life is sacred and every person has dignity. The taking of a single human life is an attack on all humankind.

I deplore these revolting acts of terrorism, which serve no purpose but to bring about destruction, sorrow and grief. I reiterate my condemnation of all forms of terror regardless of its perpetrators and their stated purposes. The criminals must be brought to justice even though that will do little to mitigate the cruelty inflicted on victims and their families.

I extend my heartfelt prayers to the injured, the families of the deceased and all of the people of Kenya. I ask God the Merciful to guide us all expediently into a world of mutual respect and peace.

Fethullah Gulen is an Islamic scholar, preacher and social advocate, whose decades long commitment to interfaith tolerance and altruism has inspired millions in Turkey and around the world. Recently recognized by TIME magazine as one 100 most influential people in the world for “preaching a message of tolerance that has won him admirers around the world,”

Gulen has reinterpreted aspects of Islamic tradition to meet the needs of contemporary Muslims. He has dedicated his life to interfaith and intercultural dialogue, community service and providing access to education.

Alliance for Shared Values is a nonprofit organization that serves as a voice for civic organizations affiliated with the Hizmet social initiative in the U.S. The Alliance serves as a central source of information on Fethullah Gulen and Hizmet. For more information, please visit www.afsv.org