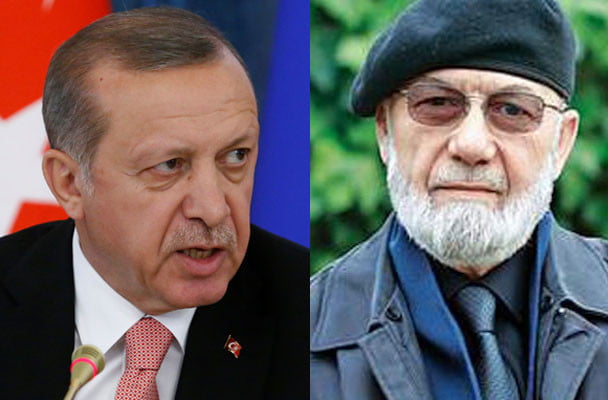 Turkish President Recep Tayyip Erdoğan called the failed July 15 coup attempt a “gift from God.” The Turkish government immediately blamed Erdoğan’s former ally-turned-rival Fethullah Gülen for being behind the plot, the genesis of which remains unclear, but the simple fact is that none of the material Turkish officials have given to their US counterparts has yet risen to the standard of proof — let alone credible evidence — to support Erdoğan’s charges. It is noteworthy that the Turkish press purports to describe the US reaction as accepting of the Turkish material, yet no American officials have ever been quoted as saying anything near what the Turkish press describes. Indeed, alternate narratives about the July 15 coup attempt are equally compelling.

The only certainty is that the attempted coup became the excuse Erdoğan needed or crafted in order to purge those opposed to or insufficiently enthusiastic about his agenda. Much of what has been reported in the Western media has focused on the ongoing purge of teachers and university professors. Certainly, there is a newsworthy irony to a man whose university diploma appears to be forged assuming the right to appoint university presidents through a board he has staffed with his cronies. But it is what Erdoğan has done in recent days to the police which should put chills down the spines of those who care about Erdoğan’s intent and Turkey’s future.

Last week, Erdoğan appointed new police chiefs for 61 out of Turkey’s 81 provinces. He also assigned 55 police chiefs to central departments that act as police professional bodies. (On page 105 of this book chapter, Turkish academic and counter terrorism specialist Ahmet Yayla explains how these positions relate to Turkish counterterrorism). Some of the police chiefs Erdoğan fired were religious and some even supported him. None were followers of Gülen, simply because those who were had long ago been purged. Most of the chiefs whom Erdoğan has appointed are fiercely nationalist, very young, and relatively inexperienced, and so are likely to more easily defer to Erdoğan’s orders. The problem seems not that Erdoğan believed all the sacked chiefs disloyal — most were not and many he had appointed in the first place — but rather that he considered them soft, unwilling to use the extreme violence Erdoğan believes will be necessary to exert not only on Turkey’s Kurds but also many liberal or apolitical Turks as he moves to further consolidate control.

Throw into the mix that Erdoğan has also just in the past few days extended the time for which Turks can be detained without access to an attorney to six months. What this sets the stage for is a significant augmentation of torture in custody in order to extract forced confessions, a practice that has become more common since July.

Erdoğan’s ruling party has also begun issuing weapons permits to loyalists, especially through the Ottoman Youth Authority (Osmanli Ocaklari). I have previously reported Erdoğan’s appointment of former general Adnan Tanriverdi, the head of SADAT, to be his military counsel. Tanriverdi had been dismissed by the Turkish General Staff during the 1997 soft coup and appears bent on revenge against the secular order. SADAT, which has trained paramilitaries and special forces, is increasingly becoming Erdoğan’s Islamic Revolutionary Guard Corps. Indeed, SADAT appears to have been behind much of the killing of civilians which Erdoğan’s media blamed, absent any evidence beyond forced confessions, upon Gülenist coup plotters.

All this hints at Erdoğan’s long game. He appears to be consolidating his own religious control through the Service for Youth and Education Foundation of Turkey (TÜRGEV, a charity on whose board Erdoğan’s son sits) and Heyrettin Karaman, Erdoğan’s favorite local Islamic leader.

But, as Erdoğan seeks to change the constitution, he also wants to win through the point of a gun what he cannot win popularly. The issue at hand is not simply the Turkish public — Erdoğan believes he has them cowed — but rather Doğu Perinçek, a former Maoist and ultranationalist. Perinçek has been the chief beneficiary of Erdoğan’s purges, as they have eliminated many of his opponents as well. Today, Perinçek is effectively the shadow defense minister. He has said he will not allow the constitutional change, which means the terms of the showdown are now clear.

Whomever wins, the only certainty is that Turkey is headed for a bloodbath. The only questions are how soon it comes, and whether Erdoğan is more prepared than Perinçek.