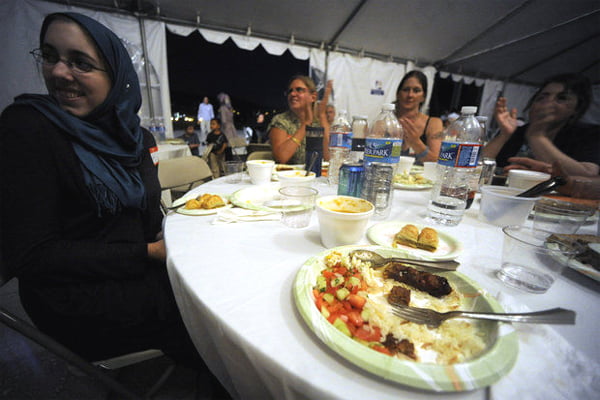 A tent reminiscent of late nights in Turkey lit up Bethlehem’s Payrow Plaza, welcoming everyone to break the Ramadan fast.

The second annual Ramadan Tent Dinner in the city observed the ninth month of the Islamic calendar.

Hosted by the Lehigh Dialogue Center, Turkish Cultural Center of Pennsylvania and Bethlehem, the event, which was free and open to the public, featured live music by the New Brunswick, N.J.-based band Wind of Anatolia on Wednesday and Thursday nights.

“We’re open and welcome to everybody. We are all human beings,” said Omer Alici, president of Lehigh Dialogue Center. “We believe in the same God but in different ways.”

In Turkey, most people work late hours so there is little time to go home to break the fast. Tents are set up in the city centers so that people can do so as a community.

The event in Bethlehem served a similar purpose, the mayor said while standing 50 feet from where the Christmas tree and Menorah candles light up the Christmas City every December.

“Bethlehem is a melting pot,” Callahan said. “This event is an opportunity for us to learn more about each other as individuals. This is how we grow.”

Ozman was born to Turkish parents in Ohio, absorbing his Islamic faith there. He recognizes fasting, prayers and generosity as commonalities in all religions.

“I wore a jacket and tie because I figured if the Arabs can celebrate in all that desert heat, then I better do the same for them,” Ozman said.

As the sun set, traditional Turkish cuisine was served. Muslims refer to the evening meals during Ramadan as Iftar dinners, or the breaking of the fast.

Red lentil soup is a light start to a generous meal, said Sunay Yerdelenli, of Easton, who moved from Turkey to New Jersey in 1995.

Muslims around the world fast from sunrise to sunset during the month of Ramadan, according to leaflets handed out by the Lehigh Dialogue Center. This year, Ramadan began the evening of July 8 and will end the evening of Aug. 6.

Ramadan is a holy month to Muslims, who believe that during this time the holy book Quran was sent down from heaven to lead people to salvation. 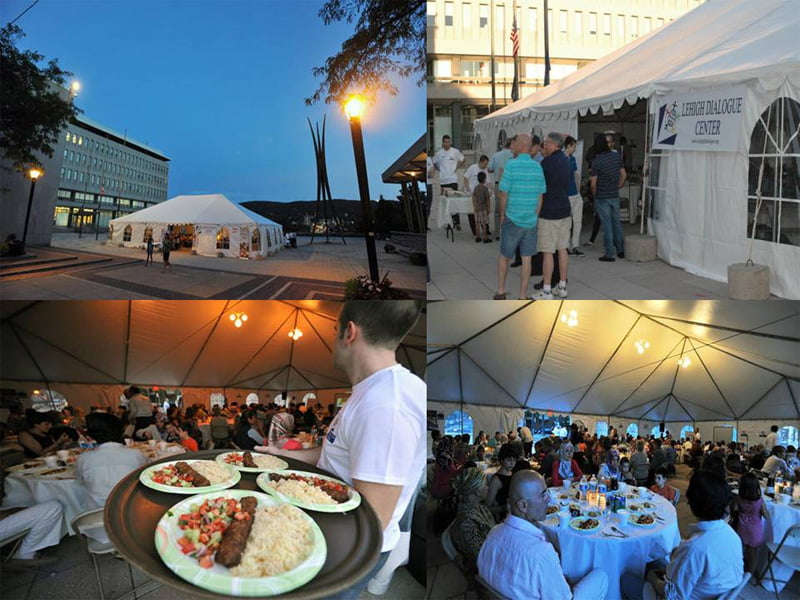