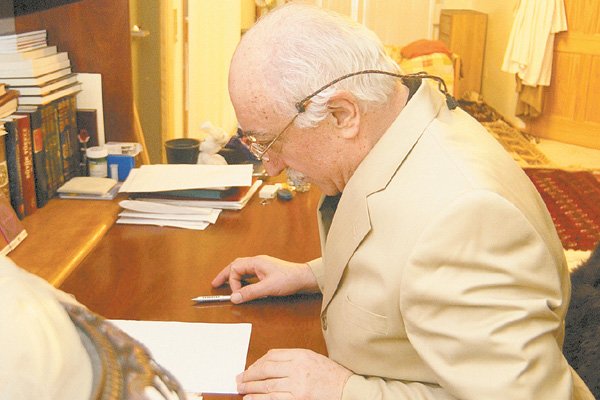 Turkish Islamic scholar Fethullah Gülen’s lawyer has dismissed claims in a report by the International Herald Tribune and said his client has no hidden agenda. Orhan Erdemli said in a statement on Friday that claims in the article, which accused Gülen supporters of infiltrating into police and judiciary, are unfounded and baseless. He said it has become necessary to issue a statement due to the reappearance of the same false claims against Gülen—claims which have originated from Turkey and which have indeed been repeatedly published in the Turkish media.

Erdemli said during his entire life, Gülen has engaged in scholarly and intellectual activities that have all been taking place before the public eye in all aspects and in accordance with the constitutional rights he has as a citizen, always keeping on the right side of the law. He said on the basis of all these acts and activities are the high human values such as serving humanity, human rights, rule of law, and democracy.

According to the lawyer, in his life of more than seventy years, Gülen has always voiced his thoughts and beliefs within the frame of the principles based on “respecting different thoughts and beliefs,” “love and tolerance,” “a culture of consensus,” “and ideal to make others live instead of living for one’s own sake.”

He accused “some marginal circles” of generating imaginary scenarios to besmirch Gülen’s reputation. Instead of revealing their own alternative ideas vis-à-vis these thoughts and opinions, Erdemli said, they have adopted hostile attitudes. He added that they set about campaigns of lynching through the media in order to destroy this great interest, love, and high respect for Gülen held by the public opinion.

“They have tried to convict him in the sight of public opinion by publishing many articles and books against my client. Nevertheless, Mr. Gülen was brought to court because of these publications but after the legal procedures, all of these allegations were proven baseless. The unanimous verdict for acquittal issued about my client passed through all legal procedures and became decisive. However, despite the conclusive ruling, the slanders targeting my client are still continuing, and have even been published in foreign media organs,” Erdemli said in the statement.

Erdemli said they are deeply worried to see the reflection of the same attitude in the article published in the IHT. He said as a matter of fact, the claims against Gülen are all unfounded.

Erdemli said the allegations that Gülen supporters control the Turkish security forces are baseless and the claim that no one is refuting this fact is far from reality. He stressed that at the trial carried out against Gülen, Turkish court decisively decreed that the allegations were completely baseless.

“Given that, repeating the same allegations time and again for no acceptable reason and putting my client under suspicion is a blatant example of defiance of the law. This situation is clear enough evidence of the deliberate and bad intentions behind the allegations,” he added.

The lawyer denied that the thoughts and activities of Gülen has any political motive. He noted that it is out of question for Gülen to support a certain political party, acting as a political agent, or trying to be a political power, and to intimidate people with opposing views or members of opposition. He underlined that Gülen has no organizational power as mentioned in the article and that his entire power stems from his siding with knowledge, morality, virtue, and honesty.

Erdemli also said that his client has no secret agendas whatsoever and on the contrary, for more than fifty years, he has been openly observed by the public opinion with this statements and behaviors.

Gülen’s lawyer said “we would like to express once more with this opportunity to reiterate that Mr. Gülen is concerned with the world of thoughts, not individuals, institutions, or political ambitions.”

He added that the pivot of his thoughts and actions is the human being and serving humankind in the framework of universal values.

“He is not involved in any unlawful activity,” Erdemli concluded.

Martin Luther, the Christian leader who is called “the Father of the Reformation,” described two kingdoms: the kingdom of the world and the kingdom of heaven. In the contrasts between Erdoğan and Gülen, we surely see examples of this distinction.