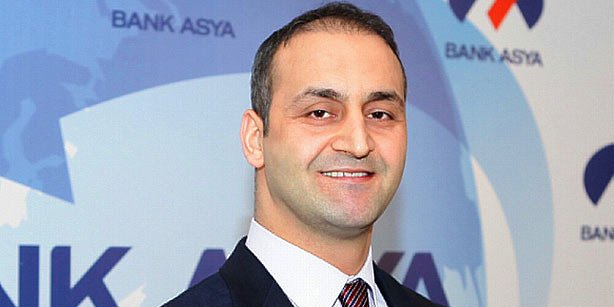 Turkish Islamic lender Bank Asya said it had weathered mass deposit withdrawals, which the media said were orchestrated by government supporters as part of a backlash against a corruption scandal blamed on an influential cleric.

“The deposit withdrawal was a significant sum, but new deposits worth more than half that amount were placed in the bank, making it possible for us to manage our liquidity,” Beyaz told Reuters in an interview late on Tuesday. He said the new deposits came from ordinary citizens, supportive of the bank and its ethos. Despite being a sympathizer of the US-based cleric, Beyaz underlined that his bank did not belong to Gülen’s Cemaat religious community network: “This bank does not belong to the Cemaat. Its founders include people close to the Cemaat.”

Erdoğan has reacted furiously to the corruption investigation, decrying an attempted “judicial coup” his supporters see as orchestrated by Cemaat. He has reassigned thousands of police officers, more than a hundred judges and prosecutors, and purged official bodies of executives he suspects of being close to the cleric. Beyaz declined to say how much money had been withdrawn, but said the bank had been “comfortably positioned” on liquidity due to expectations the US Federal Reserve would cut the stimulus that sent cheap cash flowing to markets such as Turkey. “Some big companies withdrew their deposits upon request, but they may change their minds in time and bring their deposits back. I don’t believe in animosities in business,” Beyaz said. Bank Asya’s deposits at the end of third quarter of 2013 were TL 19.5 billion.

Beyaz warned “smear campaigns” about lenders’ health would create systematic risks for the Turkish banking system after pro-government media speculated that his bank could be seized by Turkey’s Saving Deposit Insurance Fund because it was illiquid.

“Bank Asya has a capital adequacy ratio of 14.8 percent, is constantly supervised and audited, and is without a single negative report against it. Any action against such a bank would be impossible to explain to the world,” Beyaz said. The political turf war sparked by the corruption scandal has driven investors away from Turkish assets in recent weeks, sending the lira to record lows. The turmoil comes at a bad time for Turkey, when the reduction in US monetary stimulus is already hammering emerging market assets. Erdoğan has cast both the corruption probe and anti-government protests last summer as part of a foreign-backed plot to undermine Turkey’s international standing.

Beyaz said the bank expected little or no impact from the deposit withdrawal on its 2014 targets – Bank Asya expects loan growth of 20 percent in 2014, asset growth of 22 percent and deposit growth of 18 percent. The lender is also planning sukuk issues worth $500 million and 800 million lira this year.