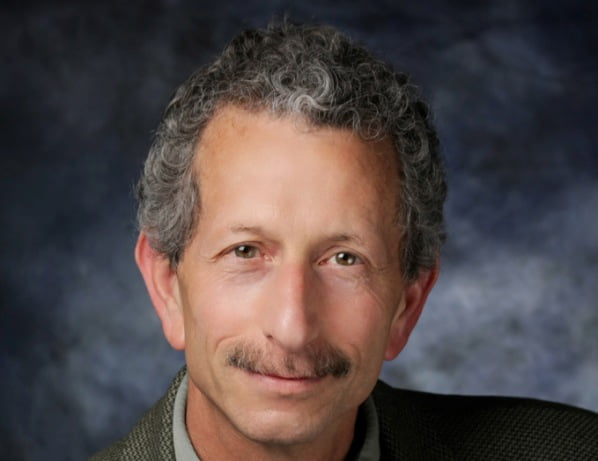 Rabbi Reuven Firestone, Ph.D., Professor of Medieval Judaism and Islam at the Jack H. Skirball Campus of HUC-JIR in Los Angeles, was interviewed by a Muslim Turkish Movement called Hizmet, which means “service.” Hizmet is active in interfaith dialogue in Turkey and many other countries, and has built private and charter schools in many countries, including the US.

Dr. Firestone has worked with Hizmet chapters in Los Angeles, Denver, Houston, Cleveland, Atlanta, Berlin, and Turkey for about 15 years, and has endorsed their work which is very much in accordance with our Jewish view of tikkun olam. The Movement is inspired by the writings of Fethullah Gülen, who is a living Muslim religious leader profoundly influenced by Islamic notions of universal understanding and respect for all of God’s creations.

Rabbi Reuven Firestone, Ph.D., has served on the faculty of HUC-JIR since 1993. Dr. Firestone founded the Center for Muslim-Jewish Engagement (CMJE), a joint program of HUC-JIR, the Omar Ibn Al-Khattab Foundation, and the Center for Religion and Civic Culture at the University of Southern California.

Dr. Firestone was born in Northern California and educated at Antioch College; Hebrew University in Jerusalem; HUC-JIR, where he received his M.A. in Hebrew Literature in 1980 and rabbinical ordination in 1982; and New York University where he received his Ph.D. in Arabic and Islamic Studies in 1988. From 1987 to 1992, Dr. Firestone taught Hebrew Literature and directed the Hebrew and Arabic Language programs at Boston University. In 1992, he was awarded the Yad Hanadiv Research Fellowship at the Hebrew University to conduct research on holy war in Islamic tradition.  In 2000, he was awarded the fellowship for independent research from the National Endowment for the Humanities for his research on holy war in Judaism. Chosen to be a fellow of the Institute for Advanced Jewish Studies at the University of Pennsylvania.  In 2002, Dr. Firestone received the Fulbright CASA III Fellowship for study and research at the American University in Cairo in 2006. In 2012-2013, he was appointed DAAD Visiting Professor in Jewish and Islamic Studies at Universität Potsdam/Geiger Kolleg in Berlin-Brandenburg.

Dr. Firestone serves on numerous committees and commissions on interfaith relations, serves on the editorial boards of numerous scholarly publications and is vice-president of the Association of Jewish Studies. Professor Firestone has lived in Israel, Egypt, and Germany, and regularly lectures in universities throughout the United States, Europe, the Middle East, and Asia. His publications have been translated into German, French, Hebrew, Turkish, Arabic, Albanian, Serbo-Croatian, Macedonian, Indonesian, and Urdu.

—
Founded in 1875, Hebrew Union College-Jewish Institute of Religion is North America’s first institution of higher Jewish education and the academic, spiritual, and professional leadership development center of Reform Judaism. HUC-JIR educates men and women for service to North American and world Jewry as rabbis, cantors, educators, and nonprofit management professionals, and offers graduate programs to scholars and clergy of all faiths. With centers of learning in Cincinnati, Jerusalem, Los Angeles, and New York, HUC-JIR’s scholarly resources comprise the renowned Klau Library, the American Jewish Archives, research institutes and centers, and academic publications. In partnership with the Union for Reform Judaism and the Central Conference of American Rabbis, HUC-JIR sustains the Reform Movement’s congregations and professional and lay leaders. HUC-JIR’s campuses invite the community to cultural and educational programs illuminating Jewish heritage and fostering interfaith and multiethnic understanding. www.huc.edu