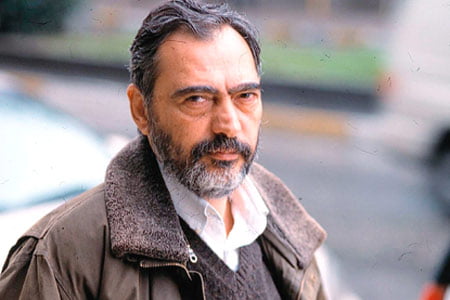 I wrote this column before The Journalists and Writers Foundation, which is closely related to Hizmet movement (aka Gulen Movement), made a statement. But I won’t change it as I believe it’s better unchanged. Obviously one of the hottest topics lately is the issue of the ‘movement’. It is claimed that, the movement has become a political actor and it is trying to turn its social power into a political strategy.

The event that led to this assumption was the call for an inquiry against three intelligency agents, including head of MIT( National Intelligency Agency) Hakan Fidan and an ex-head Emre Taner. The motive for the inquiry is this; it is said that MIT has gone beyond legal lines in its close relations with PKK and the Oslo meetings are seen as an evidence. It is still not certain whether these agents will be called in for an inquiry as the government urgently passed a law, suggesting Prime Minister will decide on this. So everyone knows PM will not let this happen.

You might not see a relationship between all these and the movement. But first let’s come up with some evaluations. Firstly, there are four political actors holding the power to affect the nationwide agenda; AKP, PKK, Ergenekon and Gulen movement. We’re going through times where the political struggle is within the bureaucracy of security and the opposition has no power whatsoever. Secondly, the ruling party is quite vulnerable in spite of the social support and they cannot find ways to solve the most critical issues. So the more AKP procrastinates these issues, the more likely there will be political crisis where the other three political actors clash with each other within the borders of AKP.

Thus, the government is quite unhappy with its initiatives that might lead the country to political crisis and it sees this as an intentional political move. In this aspect, AKP saw the MIT inquiry as an attack against itself and the man behind it was a prosecutor. But, as it is seen highly unlikely that a prosecutor would make this kind of a political decision all by himself, there must have been one of those political actors behind him. Besides, it was not a secret that the reforms in judiciary and police led the people who were sympathetic towards the movement to find themselves places in the judiciary and police. It was also quite obvious that sympathizers of Ergenekon were still within the borders of judiciary.

So, naturally people predicted that this MIT crisis were caused by either the Movement or Ergenekon. Content of the inquiry lost its importance, as everyone knew the real reason behind it was to crush government’s Kurdish policy. It didn’t take long until public opinion figured this out as the media close to the Movement was said to adopt a policy against head of MIT Mr. Hakan Fidan. Although people tried to lead the focus on the factual content of the inquiry, this was in vain. Because the ”superior politics” overshadowed the information and evidence, so almost everyone accepted there was a power struggle between AKP and the movement.

The weird thing is that, probably 95% of the movement doesn’t have the slighest relation with all this and most of them are also voters of AKP. Moreover, the movement is based on a centuries old, intellectual and islamic mentality and it fulfills a real need. Thus it can create mobilization among the people striving for the same goal. Movement has also been one of the vital elements on Turkey’s path of democratization and global integration for almost 25 years. On the other hand, reforms made it possible for sympathizers of the movement to access the bureaucracy of security and change it within.

This tells us that the movement is facing a new responsibility never before heard. If you have an ability to interfere public space or if interferences of your sympathizers is perceived as ”movement’s will”, then you have a different responsibility against not only your sympathizers but also the public. Of course the movement will decide on how to handle this, but keeping silence doesn’t seem like a legitimate strategy anymore. The society is in need of hearing what movement says on particular issues. If they miss out on this need of society, things might get even more complicated for them. Because, powerful organizations, who are not willing to carry the social load this power comes with, are vulnerable against misuse. So organizations like Ergenekon might leak in and harm the movement.

Hizmet Movement is an important carrier for this country… so this must be appreciated and they should be ready to carry the responsibility.