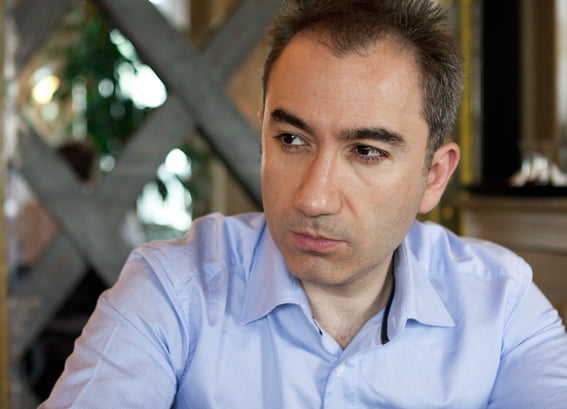 What has happened in Turkey in the past 10 days is just mind-boggling.

First, on the morning of Dec. 17, an Istanbul prosecutor initiated a shocking investigation. Sons of three ministers, a bank manager, various politicians and businessmen were arrested on charges of widespread corruption. Some visual details, such as photos of huge stacks of cash money in private homes, were leaked to the press. Since four government ministers were explicitly accused, the media dubbed the investigation as “the biggest corruption case in Republican history.”

The government responded with a counter-attack. Erdoğan, his party and the pro-Erdoğan media defined the probe as a political conspiracy cooked up by “foreign powers,” especially Israel and its U.S. lobby. But they also blamed the Fethullah Gülen Movement, which is believed to be behind certain elements within the police and the judiciary. Soon, the government also initiated a very extensive purge within the police, and other state institutions, against “Gülenists,” real or perceived.

On Wed, Dec. 25, two of the accused ministers resigned. The third one, Erdoğan Bayraktar, did something less unexpected. On live TV, he declared that he is innocent yet still he will resign from the cabinet and the parliament. “But I believe Prime Minister Erdoğan should resign, too,” he shockingly said, “for he is the one who ordered all the construction projects that are questioned by the probe.”

This instantly made Bayraktar a “traitor” within AKP eyes, but it also confirmed what people have been whispering since the corruption probe began: “The real target is Erdoğan.”

Moreover, the press reported early this week that a “second wave” of arrests and interrogations were to be ordered by the corruption probe prosecutors. And one of the names in this second list of the accused was Bilal Erdoğan: Tayyip Erdoğan’s son!

But this “second wave” was stalled because the new police that the AKP government appointed resisted the prosecutors’ order to move on, in a clear breach of law. It is like a general ordering his troops to move with no answer in return.

Meanwhile, a war of declarations began. One of the prosecutors who was suspended from the corruption probe spoke against the government and accused it of “intervention in the judicial process.”

His boss, Istanbul’s chief prosecutor, rather criticized the hidden nature of the probe. Then the Board of Judges and Prosecutors published a declaration, which, again, blamed the government for trespassing on the judiciary. The government responded with an angry statement which likened the board to the overbearing generals of the past.

It is all very complicated and jaw-dropping, but one argument seems convincing: Within the judiciary and the police, there is a concerted effort aimed at “getting” Erdoğan — by tarnishing his image, at least, or perhaps even forcing him to resign.

The pro-Erdoğan camp depicts this effort as a foreign conspiracy to “halt Turkey’s progress,” which looks to me more like propaganda than fact. But they might be onto something more real however when they speak of a “new tutelage” over elected politicians.

Of course the heart of the matter is whether the corruption charges are valid. If they are, then there will be little to say other than calling all corrupt politicians to resign. Few people are interested in this factual matter, however, as the mother of all political wars escalate everyday with accusations, counter-accusations and unabashed partisanship.