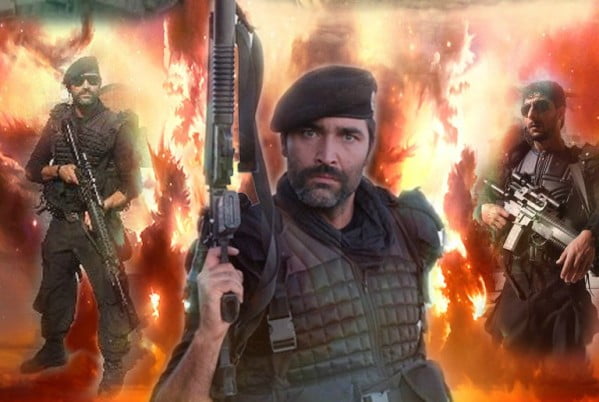 The series, titled “Şefkat Tepe” (literally translated as Affection Hill), had depicted the Prophet with a beam of light. “Şefkat Tepe” is aired on private broadcaster Samanyolu, known as one of the main media outlets connected to the movement of U.S.-based Islamic scholar Fethullah Gülen.

Producers of the series have been denounced for attempting to represent the Prophet, but the broadcaster defended it, blasting criticism as “black propaganda” and an attempt to smear the Gülen Movement.

In its decision, the Konya Governor’s Office cited “reactions triggered in the press to the scenes regarding the Muslim Prophet” as one of the reasons behind the retracting of the permission. However, it also gave other reasons to justify the move, including claims that the producers did not make the necessary applications to the competent authorities for carrying out the filming at cultural locations.

‘Have ratings been bothering you?’

Debate was sparked after a scene aired on Jan. 25. Samanyolu hit back at critics and claimed that the reactions were induced by media outlets close to the government.

“Have our ratings been bothering you?” the channel asked in its response to criticism.

“The pro-government media is lying outright to attack the [Gülen Movement] and to change the country’s agenda after rolls of money spouted from the graft investigations,” the channel added.

It also cited theology experts, arguing that representing the Prophet Muhammad through notions such as a beam of light, rainfall or objects like a rose or a walking stick was not blasphemy.

“Those who are trying to depict the scene in ‘Şefkat Tepe’ as treason to religion are turning a blind eye to the fact that one of the most important productions of the world, ‘The Message,’ used a similar movie technique to show the Prophet,” the statement said, referring to the 1976 movie starring Anthony Quinn.

The rift between the government and the Gülen Movement has turned into an open conflict since the corruption probes opened in December, with Prime Minister Recep Tayyip Erdoğan accusing the Islamic scholar of orchestrating the operations.