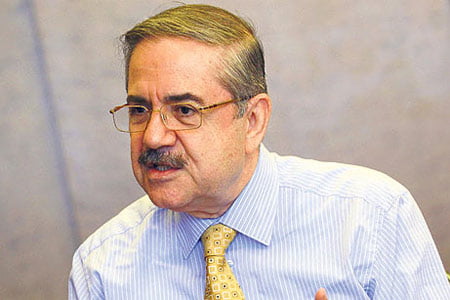 The Journalists and Writers Foundation (GYV), which is in line with Fethullah Gülen, has issued an announcement on relations with the ruling party. It is certain that Gülen made the last retouches on the text himself. Gülen defines the movement shortly as “Hizmet” (translated roughly as “service” in English).

I asked those who drafted the declaration, and they told me that they were careful on two points while writing the announcement:

– We are keen on maintaining warm relations with the Justice and Development Party (AK Party). There is no conflict between the party and the community; there should not be.

– But this does not mean we are fully engaged in the party. We view the AK Party from the angle of our principles.

As seen in the long text of the announcement, they declare that they are not in a fight with the AK Party, moreover they support it, but also they are not from the “AK Party.”

Was [Then Prime Minister] Ecevit a follower?

Daily Hürriyet’s April 13, 1998 issue had a picture of current Prime Minister Recep Tayyip Erdoğan in one of the inner pages. Those days were the toughest days of the February 28 era. Erdoğan was being tried at the Diyarbakır State Security Court because of a poem he had cited. Right next to this is another very important story: Republican People’s Party (CHP) Secretary-General Adnan Keskin was accusing (former prime minister) Bülent Ecevit of “acting like a follower of Fethullah Gülen.”

Because Ecevit had defended Gülen and his schools at National Security Council (MGK) meetings, defying heavy pressure from February 28 operators. The Gülen society also, maybe not as a bloc but to an important extent, voted for Ecevit in the 1999 elections.

This was not a simple trade-off; Ecevit and Gülen had met a few times and had conversations on Islamic Sufism philosophy. Gülen had also met (former president) Turgut Özal a few times. I don’t know if he had met other leaders.

A warm and critical relationship

Indeed, the relationship of a social movement based on religious motivations such as the Gülen movement would have “warmer” and more “critical” relationships with conservative political powers. It is apparent why it would be warmer.

The reason for the clash experienced between them is these opposite sensitivities.

However, continuation of this conflict would have resulted in very bad consequences. For this reason, it was ended with mutual announcements. Look what has been said in the declaration:

“Today, in Turkey, a situation that would suit best the purposes of those defenders of the [military] tutelage would be a conflict between the ‘hizmet’ and the AK Party.”

Yes, the conflict has been discontinued.

Even if there was no AK Party

In the declaration of GYV, it is explained why the AK Party is being supported. It is their principle to support parties “today also as it was yesterday” that work toward “democratization, providing religious freedoms, reaching recognized international standards – primarily the European Union, rule of law and human rights…”
Notice, “today also as it was yesterday.” In other words, not because they are loyal to the party, but because the party follows such policies.

In the announcement where the Gülen movement is named “Hizmet,” it is stated that they had the same stance toward political parties even at times when the AKP did not exist.

The reason that the Gülen movement is strong is that it is sociological: It is because it is a civilian social movement at peace with, and even nestling with, such modernization dynamics as education, becoming middle-class, becoming professional and upward social mobility. Its achievements in education and entrepreneurship are in clear sight.

Certainly they need liberal democracy. However, politics with the aim of “governing” is a very different track.

Nongovernmental organizations cannot be totally isolated from politics but their tracks should not be overlapping; there should be a “distance” between them.

The latest statements of the sides show that there will be a “distance” while the relations are maintained.

Taha Akyol is a columnist for daily Hürriyet in which this piece was published on April 9. It was translated into English by the Daily News staff.