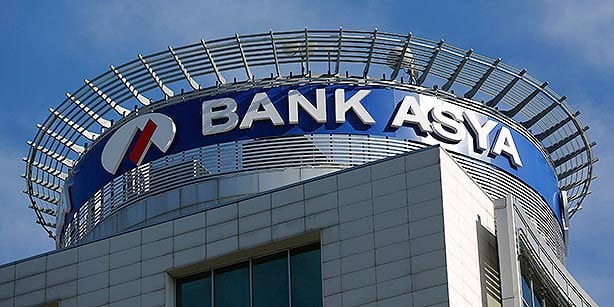 In yet another allegation targeted at Turkey’s largest Islamic lender, Turkey’s pro-government media continued a smear campaign against Bank Asya, the lender’s shareholders said on Sunday, reiterating that the bank operated fully in line with laws.

The same daily also alleged that Asya was made to post losses due to these non-performing loans. A group of Asya shareholders denied allegations on Sunday, referring to the claims as “slander.”

“All of Bank Asya loan traffic inside and outside of Turkey is monitored by the Finance Ministry’s Financial Crimes Investigation Board [MASAK]. … There is not a single incident where Bank Asya sustained losses due to a loan extended and all of these loans have been paid back to the bank,” the shareholders said in Sunday’s written statement.

After a three-month period of interim management, the Banking Regulation and Supervision Agency (BDDK) announced in late May that it had handed over control of Bank Asya to the Savings Deposit Insurance Fund (TMSF) in what many political commentators consider a politically motivated move.

Gülen has been accused of being the leader of a hidden structure within the government which, according to many in the Justice and Development Party (AK Party), attempted to launch a coup against the government when sweeping bribery investigations implicated several Cabinet ministers in 2013. The movement has strongly denied the accusations.

Global rating agency Standard & Poor’s (S&P) has last week confirmed that the seizure of Islamic lender Bank Asya is an example of the severity of political risks in Turkey, which could affect the country’s whole financial system.