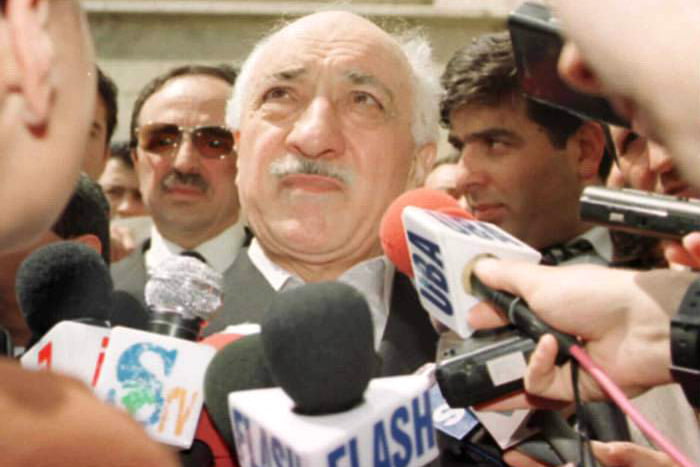 Turkish Islamic scholar Fethullah Gülen has said he advocates broader rights specifically in the arenas of freedom of expression and freedom of the press for journalists, including those who “unjustly” accuse him of conspiring against them.

The allegations were recently voiced following the recent release of four journalists released pending trial in the OdaTV case, launched as part of a probe into Ergenekon –a clandestine criminal network accused of plotting to overthrow the government.

“As I expressed earlier, I am in favor of a broader enforcement of freedom of expression and the press,” Gülen said on his Twitter account on Monday in response to recent accusations against him and the faith-based movement inspired by him of being behind a recent coup plot case against some journalists. The allegations were recently voiced following the recent release of four journalists released pending trial in the OdaTV case, launched as part of a probe into Ergenekon –a clandestine criminal network accused of plotting to overthrow the government.

Journalist Ahmet Şık, one of the four journalists imprisoned, accused some members of the Gülen movement of conspiring against him as he was leaving Silivri Prison. “The judges, prosecutors and police officers who plotted and implemented this conspiracy will be put in prison. Those community-linked, gang-linked people will be here. Justice will be served when they enter here,” he told reporters. He was referring to the movement in using the word “community.”

Gülen said he supports ever broader freedoms for journalists who direct accusations at him. “I am also in favor of their free usage of their freedoms of expression, thought and the press even if they have completely opposite views and they, unjustly, blame me for what happened to them,” Gülen said. The Gülen movement is a group of volunteers engaged in interfaith and intercultural dialogue inspired by the ideas of Gülen, whose teachings promote mutual understanding and tolerance between cultures.

Commenting on Gülen’s remarks, his lawyer, Orhan Erdemli, explained that his client has many times in the past said he is a strong defender of freedom of the press. Stating that Gülen also takes criticism of his person within the scope of freedom of expression, he added, however, that this freedom is being misused against Gülen as serious insults are leveled against his client.

Erdemli said Gülen has also been charged in the past for his opinions. “Those who today regard unjust and heavy accusations [against Gülen] within the scope of freedom of expression did not raise a voice when my client was being charged due to his thoughts,” he complained.

Recently, visiting Istanbul, I attended a conference on the Arab Spring organized by Abant Platform, a local NGO that gathers Turkish intellectuals of different stripes for policy debates. The conference – this time with attendees from Washington, Tel Aviv, London, St. Petersburg and Arab capitals in addition to Turks – debated Turkey’s leadership role in […]