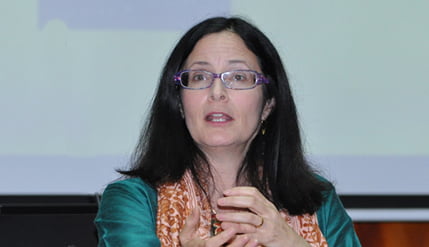 Turkey’s Energy Minister, Berat Albayrak, recently described those affiliated with the Gülen Movement as a treasonous group more dangerous than the Islamic State (because of GM members’ high level of intelligence). He said, “There are people with higher IQs than mine, who are better-educated than me, who improved themselves. There are judges, commanders and professors among them. They also have a good level of income. However, the outcome is nothing but treason.”

Given these accusations, some might be surprised that Gülen and Erdoğan were ever allied. While Gülen opposed the transnational political Islamism that arose after the 1980s, after the military coup of 1997 the GM was categorized together with the Islamists and persecuted as such; in 1999 Gülen fled for the United States. This treatment convinced the movement to turn toward the opposition: the fledgling AKP. Erdoğan’s 2002 AKP electoral success was buoyed by GM support; the movement in turn was able to expand its projects in Turkey, and many GM participants, for the first time, were able to find employment in state institutions. Unsurprisingly, the secularist Kemalists were appalled by this alliance and by the idea that the GM was “infiltrating” the state, as they tended to put it. Thus, the Gülen-Erdoğan collaboration was based initially upon shared political enemies, chiefly the ultranationalist Kemalists who had tried for decades to keep religious groups out of power and were generally repressive toward anyone overtly religious. Some might, therefore, have concluded that the two shared common religious inclinations. However, their understanding of Islam is quite different; Gülen is a Sufi mystic. Sufism emphasizes the individual’s need to polish his or her soul as part of the internal journey toward the divine. Religiously, the movement both reflects the long tradition of Turkish Sufi brotherhoods, and Gülen’s own emphasis on societal change through education, humanitarian activism, and interfaith dialogue. He never sympathized with, or adopted, the AKP’s more conservative form of political Islam which, on the other hand, has more in common ideologically with other transnational Islamist groups, such as the Muslim Brotherhood.

But the rift between the two began in earnest when the Gezi Park protests erupted during the summer of 2013. Erdoğan’s forceful response to demonstrators trying to rescue Gezi Park—one of the few green spaces left in Istanbul—from development was widely criticized. Gülen and his supporters began to speak out, both against Erdoğan’s handling of that crisis as well as against his government’s repression of the press and his foreign policies toward Syria, which was already engaged in a civil war. In mid-November 2013, Erdoğan decided to close the country’s dershanes, or exam preparatory schools, many of which were connected to the GM, in retaliation.

The relationship between the two men finally soured completely after a graft probe in December 2013, in which key government officials were accused of corruption, bribery, and collusion in the Iran-Halkbank-gold triangle. The United States and the European Union had imposed a trade embargo on Iran in 2010, and since 2012, Iran was also prohibited from using any international money transfer system. Turkey purchased oil and gas from Iran, and was able to pay for it indirectly by holding money for Iran in Turkey’s Halkbank. Iran then converted the money to gold, and later returned it to the country, thus evading the sanctions. Wiretapped ministers in Turkey were recorded in conversation discussing the deal, which took place ostensibly with Erdoğan’s knowledge. When the scandal was revealed, Erdoğan furiously accused the movement of retaliating against him for the school closures, through those in the police and judiciary loyal to Gülen.

Sophia Pandya is an associate professor at California State University at Long Beach, in the Department of Religious Studies. She specializes in contemporary Islamic movements.