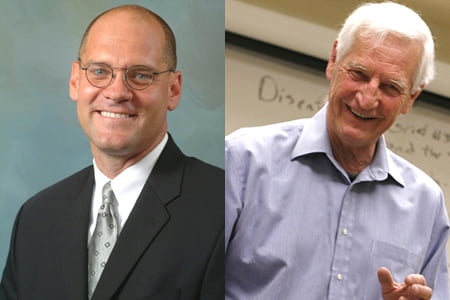 A Response to Philadelphia Inquirer Article 03.20.2011

The recent article “U.S. Charter-School Network Draws Federal Attention” by Martha Woodall and Claudio Gatti can shed light on the existence of schools around the globe founded and led by individuals inspired by Muslim public intellectual Fethullah Gülen.  Unfortunately, the article also accepts unfounded allegations, if not smears, of Gülen and the informal Hizmet (service) movement.

Our own research, based on years of familiarity with the writings of Gülen, and associations with Turkish businessmen, scientists, and civic leaders, suggests a very different story.  These schools have consistently promoted good learning and citizenship, and the Hizmet movement is to date an evidently admirable civil society organization to build bridges between religious communities and to provide direct service on behalf of the common good.

In the first line of their article, Woodall and Gatti claim that “the FBI is investigating” Hizmet schools, “sources say.” This leads the reader to believe the FBI would be these “sources” and these charter schools were run by Fethullah Gulen. In fact, as the article later clarifies, “federal officials declined to comment.”  So who are these “sources?” A simple web search by Woodall and Gotti, or actual visits to the schools, might have led them to discover the good the schools are doing and these schools had no official contact with Fethullah Gulen.  And as the article admits, here in the U.S. they “meet federal standards.”
For the so-called affiliation of some US charter schools (allegedly called Gulen Charter Schools) to Fethullah Gulen, please visit http://www.charteradvocate.org/index.php/for-charter-opponents/77-gulen-charter-schools-gulen-charter-schools/76-gulen-inspired-charter-schools
Gulen inspired schools are often located in the poorest and most conflict-laden regions of the globe with higher percentage of scholarship students and tuition waivers.  They graduate students.  They are gender-inclusive (although some are boys’ or girls’ schools).  In Northern Iraq, the schools have especially promoted girls’ learning, as studied by sociologist Martha Ann Kirk.  In our experience—we’ve visited or studied Hizmet schools in Indonesia, Pakistan, Uganda, Kenya, and in the U.S—the schools generally exceed local standards by considerable margins.  The stories of these schools have not received the attention of the Afghani schools profiled in Greg Mortensen’s Three Cups of Tea, but they are very much in the same vein.  The schools welcome students of all (and no) religious backgrounds, and they promote critical study of the sciences—something the U.S. (and the world) sorely needs!
A simple web-search by Woodall and Gotti would also have taken them to Fethullah Gülen’s website: http://www.fethullahgulen.org/.  The banner there reads:  “understanding and respect.”  Gülen’s most widely read book carries the title Toward a Global Civilization of Love and Tolerance.  It is a counter to Samuel Huntington’s “clash of civilizations” argument.  Gülen advocates in the book for scientific education, inter-religious dialogue, and democracy.  Far from “not being linked to terrorism,” as Woodall and Gatti’s article damns-with-faint-praise, Gülen immediately and forcefully condemned the 9/11 attacks, calling Osama bin Laden “a monster.”  Gülen has been described, not without reason, as a Muslim Gandhi.  Recent events in Egypt carry more than a hint of influence from the kind of Sufi Islam that Mr. Gülen encourages. A Conference in Cairo in 2009 that was convened to study Gülen’s thought was packed with young people and civic leaders.  It took as its theme the Arabic term “islah,” or “reform.”
Finally, what makes Woodall and Gatti’s article particularly troubling is its conspiratorial tone. In fact, their story originated in the August 17, 2010 USA Today. Woodall and Gotti appear to have recycled an old story without much research of their own, adding to it instead vague allegations and suspicions.
Hizmet simply means “service” in Turkish.  The term refers to the spirit of the civil society movement inspired by this modest imam, and does not refer to some grand effort to “push for an authoritarian Islamic state,” as Woodall and Gotti imply. University of Houston Sociologist Helen Rose Ebaugh has published the best general book on the movement, entitled The Gulen Movement:  A Sociological Analysis of a Civic Movement Rooted in Moderate Islam, and Georgetown Professor John Esposito (a Temple University graduate) has published with Ihsan Yilmaz a book entitled Islam and Peacebuilding:  Gülen Movement Initiatives.
All in all, a little research by journalists, and readers, will lead to a more nuanced appreciation of this complex and fascinating global movement. The Hizmet movement has already done much to promote inter-religious understanding, respect, and civil service–not to mention good learning–whatever the possible failures of some particular individuals, which we trust any investigation will discover. In this era when Turkey might play a vital role as a bridge for peace between the West and the Muslim world (as a Turkish ambassador recently did in securing the release of four New York Times correspondents detained in Tripoli), it is important that journalists do their homework and report accurately and fairly on events and movements, and not circulate unsubstantiated allegations and stereotypes.
Jon Pahl, Ph.D.
Professor of the History of Christianity in North America
The Lutheran Theological Seminary at Philadelphia
John Raines, Ph.D.
Professor of Religion
Temple University

Sponsored by the Peace Islands Institute, approximately 75 people gathered at the Montville United Methodist Church in Towaco May 10 for an interfaith Iftar dinner.