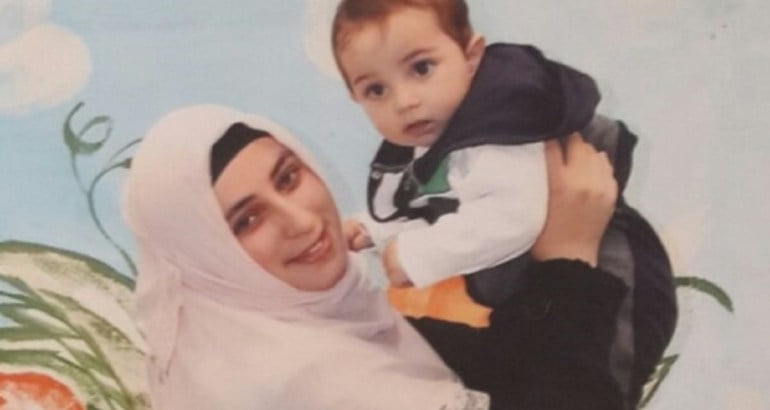 Yağmur Balcı, a 27-years-old mother, who disappeared together with his 11-months-old son in Trabzon Bahçecik Prison, has been found in Sincan Prison in Ankara province on Monday morning. Turkey’s main opposition Republican People’s Party (CHP) deputy Sezgin Tanrıkulu has announced in his twitter account on Monday that he has learned that Yağmur Balcı and his son was transferred from Trabzon Bahçecik Prison to Sincan Women Prison in Ankara by the authorities without giving any information to her lawyer and her family.

Yağmur Balcı was reportedly arrested and put behind the bars on November 2016 over her alleged links to the Gülen movement. After her arrest, her husband Abdullah Balcı was also detained by police and later arrested by a court. Therefore, his 3-months-old Emrullah Selim was also put behind the bars together with his mother. However, it was reported that young mother and his son have disappeared last week in the prison where they have been kept.

Aktif Haber online news portal has reported that Yağmur Balcı has met with her family last time on July 7. However, her family has learned that she is not in her ward on July 14. The family’s demand for information about her was responded by the Justice Ministry such as “Because of the security reasons we could not give information.” Her family has looked for Yağmur Balcı and her son in the prisons in neighboring provinces of Ordu, Rize and Giresun. But they could not find any trace of Balcı and her son.

According to Turkish law, in case of transfers of the prisoners from one jail to another, the authorities have to inform the prisoners’ lawyers. However, it was learned that Balcı’s lawyer was not given any information by the authorities on her whereabout. As her husband was not either informed about the disappearance of his wife and his son, the concerns of Balcı’s family  has increased over the lives of their daughter and grandson.

The forced disappearances have became a new and dangerous phenomenon in Turkey in recent months. A study released by The Stockholm Center for Freedom (SCF) on June 22 has revealed that Turkish government has resumed illegal abductions and enforced disappearances that were believed to be a thing of the past, primarily confined to the dark period of the 1990s, when mainly Kurds were victimized.

The brutal regime of Turkey’s autocratic President Recep Tayyip Erdoğan has now engaged in depriving many victims of their liberty without acknowledging their unofficial detention. This time the prime target is the vulnerable social group Gülen movement against which the Turkish government launched an unprecedented witch-hunt persecution since December 2013.

Turkey survived a controversial military coup attempt on July 15, 2016 that killed over 240 people. Immediately after the putsch, the Justice and Development Party (AKP) government along with Turkey’s autocratic President Recep Tayyip Erdoğan pinned the blame on the Gülen movement.