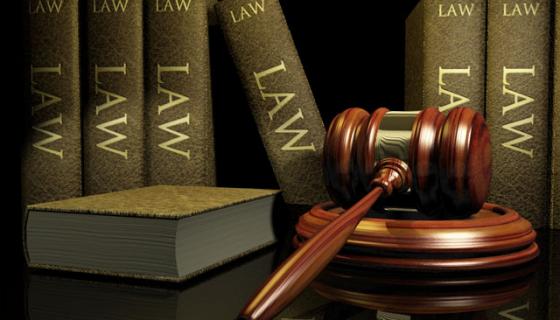 Kevin Snapp is a former federal court staff attorney and have worked on extradition cases. (JD 1982, University of Chicago) Snapp worked for the US District Court in Chicago between 1989 and 2005, assisting judges with, among other things, extradition cases. The following is his expert opinion over the Fethullah Gulen extradition case being posted as guest article on WashingtonPoint.

Why Turkey’s Demanding Extradition Of Fethullah Gülen Is Frivolous Grandstanding

On Tuesday, August 2, Turkish President Recep Tayyip Erdoğan asserted in an interview on Italian television that Italy should be investigating the Mafia, not his son Bilal, and that the  investigation “could put Turkish-Italian relations in a difficult position.”  Italian Prime Minister Matteo Renzi promptly tweeted his riposte:  “In this country, judges follow the law and the Italian constitution, not the Turkish president. It’s called ‘the rule of law.’”

Although ordinarily I respect his cool-headedness and self-control, in hindsight I wish President Obama had been equally blunt in responding to President Erdoğan’s demands that the US extradite Fethullah Gülen.  All of his demands, beginning in 2014 and vigorously renewed in the wake of the July 15 attempted coup, have been completely illegitimate and unfair.  Plainly stated, President Obama does not have the authority to order the deportation of Mr. Gülen, a lawful permanent resident, unless either his permanent residency is revoked for a lawful reason, such as being convicted of a serious crime, or a request for his extradition has been granted based on a showing that he has committed a serious crime in Turkey.  In either case, judicial and administrative procedures must be followed, Mr. Gülen’s rights must be respected, and President Obama cannot determine the outcome.

This is quite clear from the extradition treaty and American statutes.  It is surely known to the relevant staff in Turkey’s Foreign Ministry, and given its importance, it is hard to believe it is not known to Foreign Minister Mevlüt Çavuşoğlu, if not to President Erdoğan himself.  They certainly know that more than two years after then-Prime Minister Erdoğan declared Mr. Gülen to be the leader of a terrorist organization, Turkey has never submitted a request for his extradition.  American spokespersons have said diplomatically that no “formal request” for extradition has been received; according to a July 26 story in the Washington Post, Turkey will formally request his extradition after it has finished investigating the defeated coup plotters.  What neither Turkish officials nor the media seem to understand is that extradition is governed by treaty, and a “formal” request for extradition is the only kind of request there is.  Blustering demands by heads of state don’t count.

From an American legal perspective, Turkey’s brazenness is mind-boggling.  In the last two weeks the President, Prime Minister and Foreign Minister of Turkey have repeatedly and publicly castigated the US for “harboring” Gülen, demanded his immediate extradition, insinuated that Gülen’s continued presence in the US suggests complicity in the attempted coup, and warning that Turkish-American relations will depend on Gülen’s extradition — notwithstanding the fact that President Obama would violate his oath of office if he promised to extradite Gülen, and Turkey had not even taken the necessary first step to begin the extradition process!

The 1979 extradition treaty between the US and Turkey requires an extradition request to be made in writing through diplomatic channels.  For Mr. Gülen, who has not yet been convicted, the request must be accompanied by an arrest warrant, a statement of the facts of the case, the text of applicable Turkish laws defining the offense, prescribing the punishment, and the applicable statute of limitations.  All documents must be accompanied by certified English translations.

Critically, the request must also include evidence that, under US law, would justify Mr. Gülen’s arrest and committal for trial if he had committed the offense in the US.  An arrest in the US requires “probable cause,” a phrase from the US Constitution understood to mean sufficient evidence to lead a reasonable person to believe the accused person committed the crime charged.

When an extradition request is received, the State Department reviews it to identify potential foreign policy problems, ensure that there is an extradition treaty in force, that the crime or crimes are extraditable offenses, and that supporting documents are properly certified.  The request is then passed to the Justice Department’s Office of International Affairs, which determines whether the attached documents will establish probable cause.  If not, the treaty provides that further evidence and information should be requested.  When the request is considered complete, it is forwarded to the US Attorney (federal prosecutor) in the judicial district where the suspect lives.

The US Attorney files the request with the federal district court and obtains a warrant for the suspect’s arrest.  A hearing is held before a federal district judge or magistrate judge to determine whether the evidence is sufficient to extradite the suspect.  The US Attorney represents the country requesting extradition, and the suspect may have an attorney present and challenge the evidence offered.  If the judge determines the suspect is extraditable, he or she certifies that finding and returns the request, the associated documents, and any evidence received at the hearing to the Secretary of State, who makes the final extradition decision.

As a consequence of this procedure, the President, through his executive authority over the State and Justice Departments, can prevent the extradition of a suspect, but lacking power over the judicial branch, he cannot compel a judge to permit extradition.  The President can offer the assistance of government attorneys to help Turkey prepare its case, but a judge will decide.

Turkey and the US have a very serious misunderstanding concerning the process.  Turkey’s government apparently believes that high Turkish officials talking with high US officials should settle matters.  According to HDN, quoting “Turkish media,” Turkish Chief of Staff General Hulusi Akar told visiting US General Joseph Dunford, “I am the evidence!”  According to Akar, while he was held captive one of the coupists, Brig. Gen. Hakan Evrim, offered to put him in touch with Gülen.  That satisfied Akar that Gülen was behind the coup, and the word of Turkey’s top military man should justify extraditing Gülen to Turkey.

America doesn’t work that way.  The conciliatory tone of American officials and spokespersons may have done both parties a disservice by allowing Turkish officials to think it does.  Turkey has to accept that Gülen’s extradition will depend on a federal prosecutor putting Turkey’s evidence before a low-level, but independent, federal judge in Pennsylvania, with no shortcuts and no guarantees.  Turkey must also accept that if the judge finds him extraditable, Gülen will still have the right to file a petition for habeas corpus, and appeal the denial if it is denied. If he does, although he will remain in custody, he will remain in the US until the decision is final, and yes, it could take more than a year.  Foreign Minister Çavuşoğlu is simply wrong in saying that the US can extradite Gülen quickly if it wants to.  That is arrogant ignorance from someone who should know better — and Turkey is hardly known for its speedy processing of criminal cases — or he is deliberately maligning the US for popular effect.  Neither should be acceptable.

Turkey wants the US to understand the trauma it has just gone through, and that in a state of emergency ordinary limitations on governmental power may be disregarded.  But Turkey must understand that the US is not living in a state of emergency, and will not suspend its laws because Turks very badly want to punish the man they are convinced caused a part of its military to commit mutiny and murder.