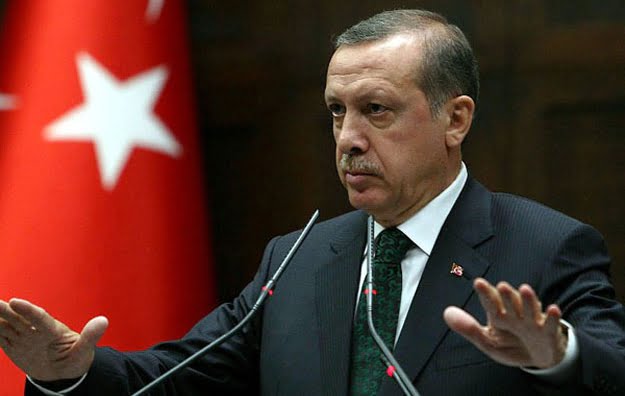 Erdogan can be an Islamist sultan or he can be the democratic leader of a trusted NATO ally. But he can’t be both, and the time has come to make him choose.

Relations between Turkey and the United States, long strained, have grown even worse in the wake of the failed military uprising in July, which the government in Ankara has all but accused Washington of abetting. On Wednesday, Vice President Joe Biden is scheduled to fly to Turkey on a fence-mending mission. The Veep is famous for his hearty affability, and if any American leader could defuse tensions with Turkey’s Islamist president Recep Tayyip Erdogan, it would be Biden. But there are higher priorities than making nice to Turkey just now. One of them is to make it clear that the United States has no plans to extradite Fethullah Gulen, the former Erdogan ally whom Turkish officials accuse of masterminding the attempted coup.

Gulen, who has been living in self-imposed exile in Pennsylvania since 1999, promotes a philosophy that comprises elements of moderate Islam and Sufi mysticism, free-market economics, and interfaith tolerance. That he has a wide following in Turkey (and elsewhere) is not in doubt. But Erdogan’s claims that Gulen orchestrated the July coup are unsupported by proof. The 75-year-old cleric is a legal permanent resident of the United States, shielded by American standards of due process. Biden must be crystal-clear on this point: Unless and until Turkey supplies convincing evidence of Gulen’s complicity in the July mutiny, he is not going to be handed over to Erdogan’s toughs.

Those toughs have been busy in recent weeks, rounding up supposed “Gulenists” by the scores of thousands. Erdogan’s vengeful crackdown has been ruthless, purging not only military officers from their positions, but also judges, teachers, civil servants, journalists, prosecutors. Regime loyalists have been vigorously maligning the United States. Anti-American protesters have demonstrated at the Incirlik air base in Turkey, accusing US soldiers based there of being among the plotters. One pro-Erdogan newspaper went so far as to claim that US Army General John Campbell, the respected former commander of coalition forces in Afghanistan, conspired with the CIA in trying to overthrow the Turkish government.

As a member of NATO, Turkey is still, formally, a US ally. But as Erdogan grows ever more authoritarian, his behavior and rhetoric are becoming intolerable — and Turkey’s reliability as a partner is diminishing. The message Biden must convey is that America seeks to cooperate with Ankara, but that by its actions the Turkish regime is poisoning the US-Turkish relationship. Erdogan can be an Islamist sultan or he can be the democratic leader of a trusted NATO ally. But he can’t be both, and the time has come to make him choose.

She was telling me about the event and I was about to explain that she needed to send something in writing and we’d be happy to put it in the appropriate calendars of events. Then she caught my ear: Turkish cooking class … at a Presbyterian church … as a fundraiser for Puerto Rico? Wait, wait, wait, wait.