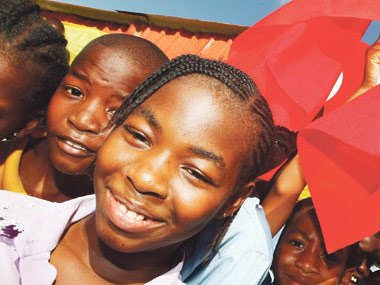 Nigerian Kids in a Gulen-inspired school

In the second day of the conference in the Nigerian Capital Abuja ”Studying Fethullah Gulen’s ideas and activities: establishing a culture of co-existence and mutual understanding,” various subjects, including the Turkish Schools all around the world and inter-faith dialogue activities, were discussed.

Prof. Michael Anthony Samuel started his speech by comparing Gulen’s view with those of Karen Armstrong’s and anti-apartheid Archbishop Denis Hurley’s and concluded it by saying that Turkish Schools were creating an atmosphere of constructive actions for individuals and at the whole society level as well and this atmosphere would lead to a democracy model without a government.

Nigerian Education Expert Prof. Gidado Tahir underlined that a crucial problem of his country was the exclusion of the poor family’s kids from eduacation opportunities. Tahir also said that the students of Gulen saw education not as a profit-maker but as a service and he emphasized that this was a revolutionary approach this problem. Participating the conference from USA Margaret A. Johnson has shared the results of her research about the Turkish Schools in Indonesia and also tried to find the secret of this voluntary educational movement, which started in Middle Asia with a couple of schools and now reached over 120 countries in only 20 years. According to Johnson Hocaefendi’s secret is related to the expression ”Glocalization” which is actually an investor’s expression. Glocalization is the mixture of the words Globalization and Localization and it is the process where a new product is prepared for the needs of the local customer before it is launched to the world market. Johnson says these schools all over the world are first and foremost the schools of the countries that they are in and then Turkish schools.

In the statement declared at the end of the conference, it was said that the event’s objective was to plant the seeds of a tree for the future distinguished by peace and that this objective was mostly accomplished.