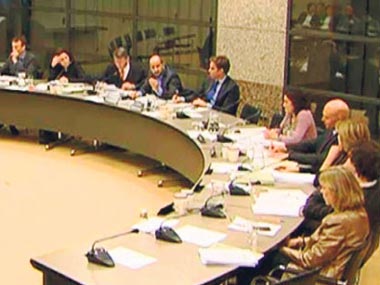 Putting emphasis on freedom of religion and human rights, Donner said the Gülen movement does not pose any threat to the Dutch state, as the deputy argues, but stands as the most successful group among Turks living in the Netherlands with regards to integration.

The Interior Affairs Commission of the Dutch Parliament yesterday discussed the Gülen movement based on a report prepared by anthropologist Martin van Bruinessen of Utrecht University upon a request from the Ministry of Integration. The meeting was scene to heated debates between SP’s Turkish deputy Karabulut and Interior Minister Donner.

Donner responded to criticism from Karabulut about the Gülen movement and opposed his proposal to cut subsidies provided for Turkish schools opened upon the initiative of the movement in the Netherlands. Underscoring the successes of these schools, Interior Minister Donner said Karabulut’s criticism that mostly Turks attend these schools is pointless, saying it is normal that Turkish students prefer to attend a Turkish school more than others. Stating that these schools are open to everyone, the minister said children of various other ethnicities also receive education at these schools. Donner said that, as the report by Bruinessen also found, students who graduated from these schools are more successful in integrating into the society as well as finding a job than any other Turkish group in the country. He said this is an obvious sign that the movement contributes to integration.

The Gülen movement is a group of volunteers engaged in interfaith and intercultural dialogue inspired by the ideas of Gülen, a Turkish Islamic scholar well known for his teachings promoting mutual understanding and tolerance between cultures. One of the world’s most influential Islamic scholars, Gülen made the top of the list of “The World’s Top 20 Public Intellectuals” in the magazine Foreign Policy and Prospect in 2008. Now residing in the US, Gülen has pioneered educational activities in a number of countries along with efforts to promote intercultural and interfaith activities around the world. He has written nearly 50 books in Turkish, some of which have been translated into several languages.

Commenting on Karabulut’s proposal on subsidies, the Dutch minister warned Karabulut not to bring social debates from Turkey to the Netherlands. Noting that the subsidies to the Gülen movement are provided by local governments, and not by the state, Donner said there is nothing illegal in providing these subsidies to these schools and underscored that the movement and its members are transparent. He once again emphasized that members of the movement have been very successful in integration and said it would be unjust to judge these people based on their religious beliefs. Donner said it is true that the movement consists of mostly Turkish volunteers, however, he said, this is not an obstacle that prevents them from working with non-Turks. He underlined that even those outside the movement find its educational activities successful.

After the discussion in the commission, commission members voted on Karabulut’s proposal to cut subsidies provided to Turkish schools and that of Party for Freedom (PVV) deputy Joram van Klaveren asking the commission to investigate claims that the movement’s schools are an obstacle to integration. Both proposals were rejected by the commission.

The minister’s remarks were highly welcomed by the Dutch Young Businessmen Association (HOGIAF), a civil society group formed by Turks living in the Netherlands. Ahmet Taşkan, a member of the association’s executive board, expressed pleasure that the proposals of the far-right PVV and far-left SP were rejected by the commission and that the minister, and thus the Dutch government, confirmed that the movement has already been investigated and there is no need to investigate it further.