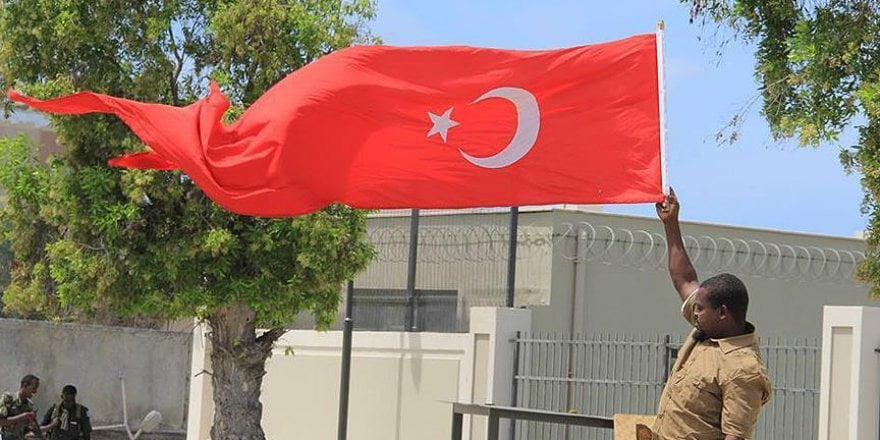 In April last year, gunmen raided a school bus in Somalia’s troubled capital Mogadishu, killing two Turkish teachers. The killing of the teachers was a grim reminder of how thousands of teachers were defying odds to deliver quality education to world’s one of the most impoverished and dangerous countries.

The educators were serving in a school founded by businessmen close to Turkish cleric Fethullah Gulen. Colleagues of those Turkish teachers were deported in less than 3 months and schools they served were confiscated by the Somali government. It is all part of an aggressive campaign by Turkish President Recep Tayyip Erdogan.

If Turkey boasts of a significant expansion to Africa during the past decade, it should thank a movement that now it designates as an arch foe.

The Justice and Development Party (AKP), which has the ruling political party of Turkey since late 2003, has collected the fruits of the Gulen movement’s efforts on the continent.

Schools, businesses and charitable organizations affiliated with the Gulen movement have played a critical role in the formulation and effective implementation of Turkey’s opening to Africa for years. However, since the turn of the tables in July 2016, Mr. Erdogan blamed the movement for “plotting against himself” and started a campaign to annihilate the movement and its members.

And this campaign against the movement will be at the top of his agenda during his expected visit to South Africa in the coming days.

Turkey’s Africa policy, which has been implemented rather successfully since 2005, raises eyebrows in the international arena. Turkey increased its trade volume with African countries and opened 27 new embassies in the continent. Business associations (particularly Turkish Federation of Businessmen and Industrialists – TUSKON), schools and charitable organizations were the trailblazers in Turkey’s opening up to Africa and the first of its kind as a Turkish non-governmental engagement with the continent.

These schools and organizations are known to be affiliated with the Gulen Movement. The movement opened its first school in Africa as early as 1997. Since then, the schools have spread rapidly all over the continent and have become one of the most successful education institutions in the countries they operate.

The contacts between businessmen on both sides followed suit almost simultaneously. In that sense, those institutions not only inspired the Turkish government in adopting an expansion policy but also contributing significantly to its implementation. New Turkish embassies were opened and Turkish Airlines flights were launched to various African destinations. The Justice and Development Party (AKP), which has the ruling political party of Turkey since late 2003, has collected the fruits of the Gulen movement’s efforts on the continent.

However, things have drastically changed when the Turkish law enforcement authorities initiated a corruption probe in late December 2013 against people in then-Prime Minister Erdogan’s inner circle. Even though the cases were closed abruptly, Mr. Erdogan accused the prosecutors overseeing the case of being members of the Gulen movement with the aim of topping him through judicial means. He initiated a policy of pressuring and, if possible, closing down or seizing the entities including banks, TV stations, university preparation courses that were associated with the movement.

Since July 15 military coup attempt, Mr. Erdogan has escalated the crackdown on the movement, accusing it of masterminding the failed coup plot. The movement denies any involvement. Mr. Erdogan also made the closure/transfer of Gulen-affiliated schools operating outside Turkey as a foreign policy priority.

In accordance with this policy, Turkish embassies in Sub-Saharan Africa, opened in the first place to, among others, facilitate Turkish civil society engagement, have now become the outposts of the witch-hunt against the movement. To give impetus to this scheme, Mr. Erdogan has visited 9 African countries since he took the office in August 2014.

The main issue he raises with his African counterparts is not improving economic and political relations, but the closure of the Gulen movement schools or their transfer to the Turkish Maarif Foundation, which was established solely for this purpose. Mr. Erdogan seems to be using official development assistances and “other financial tools” as carrots to convince African leaders.

Few African countries, such as Somalia and Sudan, allies of Turkey, have submitted to Mr. Erdogan. Turkey made massive “development assistance” to these countries over the years.

Facts indicate otherwise. Turkey has failed even to maintain a good, quality education in a small number of schools it directly runs in countries such as Afghanistan, Saudi Arabia, and Moldova, let alone those in Africa. Although the number of these government-run-schools is small and salaries are encouraging compared to working in Turkey, Turkish Education Ministry can hardly find teachers willing to work for these schools.

The situation in Somalia is a clear indication of this reality. The schools and a private hospital affiliated with the movement were confiscated by the Somali government and the Turkish personnel of these institutions was deported right after the coup attempt.

The schools, which were supposed to be run jointly by the two governments, are still far from functioning effectively. The case regarding the hospital is even worse. It was shut down even though it was providing free-of-charge health care for thousands in Somalia, where health care is a rare luxury. On the other hand, Turkish government cannot fully operate the 200-bed Recep Tayyip Erdogan Hospital, which was officially opened in 2014, due to a meager number of Turkish doctors willing to work in Somalia.

As a result of this new antagonistic stance against the Gulen movement, Turkey’s Africa partnership policy, which used to be led by NGOs, is increasingly transforming into a state controlled one. In this regard, “Turkish Foreign Business Relations Board”, which was established in 1986 by private sector businesses was expropriated in 2014 in order to address its ineffectiveness against TUSKON.

Now, the Gulen movement schools are expected to be taken over by the state-owned Maarif Foundation. Turkish people who have been supporting charities, as well as individuals such as doctors who took part in health screening campaigns in Africa, are now being persecuted and their businesses are being confiscated.

Mr. Erdogan’s next target will be the Republic of South Africa as the preparations for his visit in coming weeks are underway. There is no doubt that the Gulen schools and other institutions will most probably be high on his agenda.

Those schools and institutions in South Africa are well-known for their educational and humanitarian efforts which are fully in line with the UN Sustainable Development Agenda.

Surviving the apartheid regime, one of the most inhumane treatments towards black Africans, South Africans are wary of prejudices against any racial, religious or social groups.

It is highly likely that South Africa, as an economic and political powerhouse of Africa with established democratic traditions, will bow to Mr. Erdogan’s demands on closing/transferring the Gulen-affiliated institutions in the country to Maarif Foundation or other groups controlled by Mr. Erdogan’s family.

A group of Brazilian intellectuals and artists wrote a public letter defending the Turkish naturalized Brazilian Ali Sipahi, who has been imprisoned since the Turkish government, led by Recep Tayyip Erdogan, requested to extradite him.