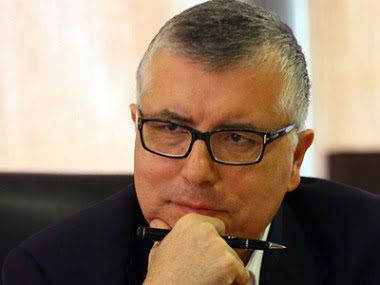 Patriotism, according to the ideology imposed on this country, was understood differently for me and people like me. In this approach, fighting against religious people was part of patriotism. Combating movements like the Gülen movement was imposed as a condition for patriotism. Many people believed these lies.

When I sit down to write my column, I never worry about pleasing everyone or constraining my emotions. When I decide it’s the right time for a column, my emotions should be heightened. I do not write with my brain; I write with my heart.

You read the column. I have given extensive thought as to what I am going to write today. I waited for my emotions to mature. I made several observations. I discussed my thoughts. When I started to write, I did not consider whether others would be upset; I decided to write what my heart is telling me to write without self-censorship or restrictions.

This does not stem only from my desire to be an honest columnist; my professional concerns play a role in this as well. I know that to be a good writer, you should be honest about your emotions because the reader recognizes columns written from the heart. They look for it and appreciate it. I feel great relief.

Like I said in the title, I see real patriotism in the Gülen movement. And what’s more, I started learning patriotism from them as well. You are right, this is a weird situation

Maybe you find it interesting to hear a 56-year old man who has been writing columns for 25 years say, “I have begun to learn patriotism.” Yes, you are right, this is weird. But this is not my fault alone. Patriotism, according to the ideology imposed on this country, was understood differently for me and people like me. In this approach, fighting against religious people was part of patriotism. Combating movements like the Gülen movement was imposed as a condition for patriotism. Many people believed these lies. Some of us preferred remaining passive bystanders, whereas others joined the struggle and were conned by ideology and black propaganda. The process that started with a grave mistake, Ergenekon, is all about this actually.

But what has happened in this country so that finally balance has been restored? Balance is being restored and all will get what they deserve. The defeat of Ergenekon is not an individual defeat alone. It is a historical defeat as well because these days this organization is aware that they have waged a war in the past for nothing and that they have exhausted themselves, as well as the nation, for a useless cause.

What is essential and what I am really upset about is this: Turkey has wasted a lot of time on these useless fights and ideological assaults. The price for this waste of time has been enormous for all of us.

A new type of man

I realized that the real patriots are actually the people whom we were told to fight against for years. I am aware that I am making a general statement, so let me make myself clear. Imagine a man. He has received a good training and education in good schools and has become successful in his profession. This man endorses the Gülen movement. In the case of an event or charity, he does whatever he is asked to do without expecting anything in return. And he does this to better represent Turkey and to help better the country. I saw thousands of such people. And all are silent, respectful people who have the love of homeland in their hearts.

I also admired these people

It was surprising for me as a person with a large ego and who is concerned with the ambitions of the modern world to understand these volunteer efforts. A while ago, I started thinking that a new definition and notion should be suggested to identify this phenomenon because some of the notions we have in hand and that we are familiar with do not allow us to explain this new type of man and his heart.

Despite the fact that I am not a religious person and that our lifestyles are fairly different, I told these people, with whom I have a sound friendship, about my admiration and my surprise regarding their hard work. Hopefully, I will be able to make contribution to efforts to generate notions and terms that will properly define them and their activities.

There is urgent need for the generation of new concepts for these people who are going after an ideal without expecting anything in return and who are making sacrifices. This should be done immediately. Imagine this: You leave a remote place like Van or Erzurum as a businessman and travel to a distant location because this will be good for Turkey. Once you have arrived, you find young people pursuing a doctoral degree who are ready to welcome you and these young people do volunteer work wherever they are. Then all together with a great smile and gratitude say, “Long live Turkey.” That is what I call true patriotism.

So far, we have mentioned patriotism by reliance on empty notions. This has worked well for us. We found it easy to talk about empty notions and we generated imagined enemies all the time. And this country suffered because of it. Because of us, Turkey has wasted a lot of time. It is a pity. Thank God we still have a chance to save the country. Because of these people I am hopeful now. As an outsider, my job is to try to understand this movement where faith and patriotism meet and to tell you what I understand, free of censorship and without constraining my emotions.

*This column was first published by the Haberturk daily and translated into English by Today’s Zaman.

Since the attempted coup in 2016, mostly journalists, academics, members of the opposition parties and (alleged) supporters of the Gülen movement, have been persecuted and their applications for asylum are most frequently granted.