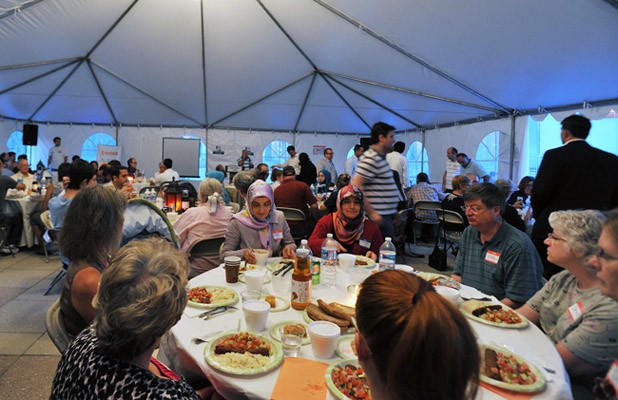 Bringing people together over a meal to celebrate diversityFounded by a group of Turkish-American businessmen and educators to honor the vision of their spiritual leader, Muslim scholar Fethullah Gulen, the Niagara Foundation organizes conferences, lectures, retreats and more to promote interfaith dialogue and awareness. One of the Foundation’s programs is called Abraham’s Tent and brings community members together across religions and cultures to share a meal and build multicultural friendships.

Rainer Hermann The Turkish preacher Fethullah Gülen has been living in the United States for 13 years now. A widely branched network of followers developed also there in his name. There is no road sign indicating the exit and the dirt track. It leads you through a foggy broadleaf forest colored in all the shades […]